High Confidence of the UN 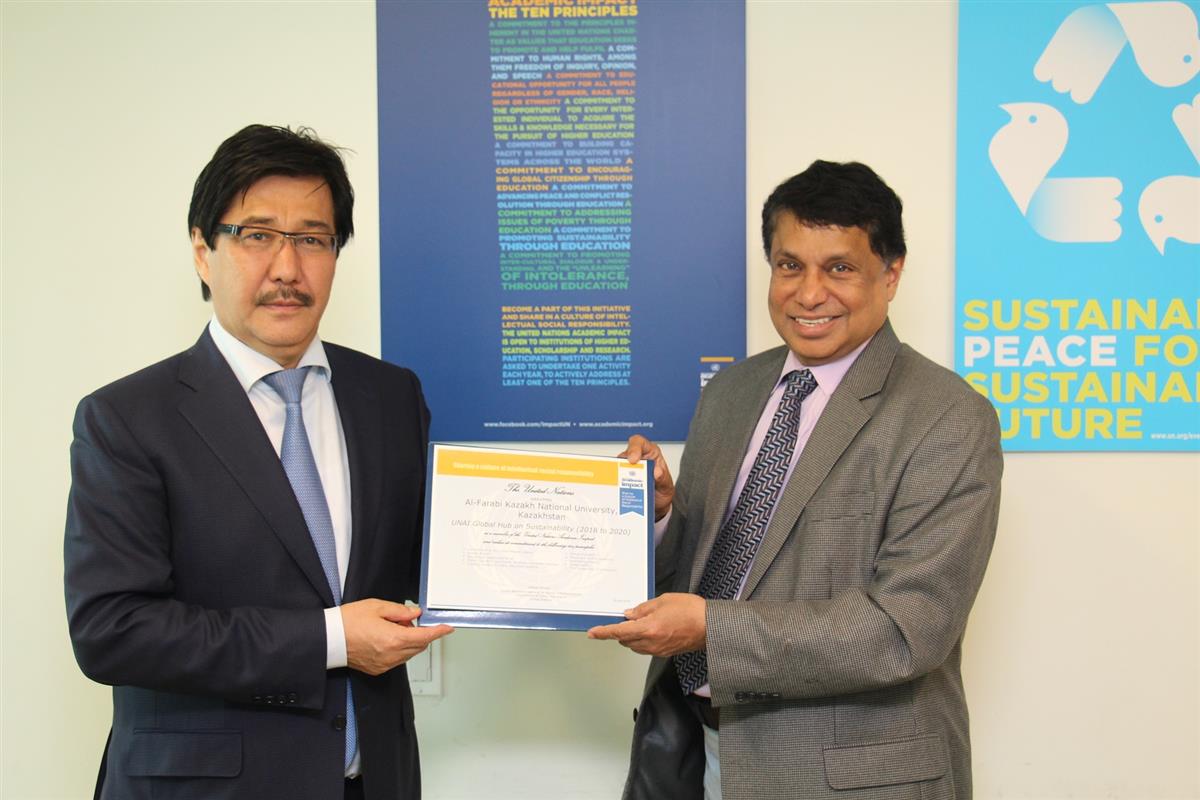 Al-Farabi Kazakh National University will continue its role as the Global Hub of the UN «Academic Impact» Program until 2020. This decision was based on successful leadership of KazNU on sustainable development programs.

At the UN Headquarters in New York Ramu Damodaran, the Deputy Director of the UN’s Department of Public Information and the Chief of the UN «Academic Impact» Program, has awarded Galym Mutanov, the Rector of Al-Farabi Kazakh National University, with the corresponding certificate.

The efforts of KazNU as the Global Hub since 2014 were highly praised by the UN. Ramu Damodaran stated that the University is highly effective in implementing the entrusted mission and expressed deep gratitude to the staff of the leading Kazakhstani university and to their efforts in solving the global issues.

“As an important partner of the UN and inspirer of many international initiatives on sustainable development, the University actively involves the academic community in the realization of these programs and demonstrates innovative international project management. The decision to extend the authoritative position of KazNU until 2020 is a logical step and represents great achievements of Kazakhstan. It also corresponds with the interests of the international community and demonstrates a high degree of trust of UN to the University” - pointed out Ramu Damodaran.

The UNAI program unites the world universities in the aim to implement the ten principles on ensuring the human civilization development.