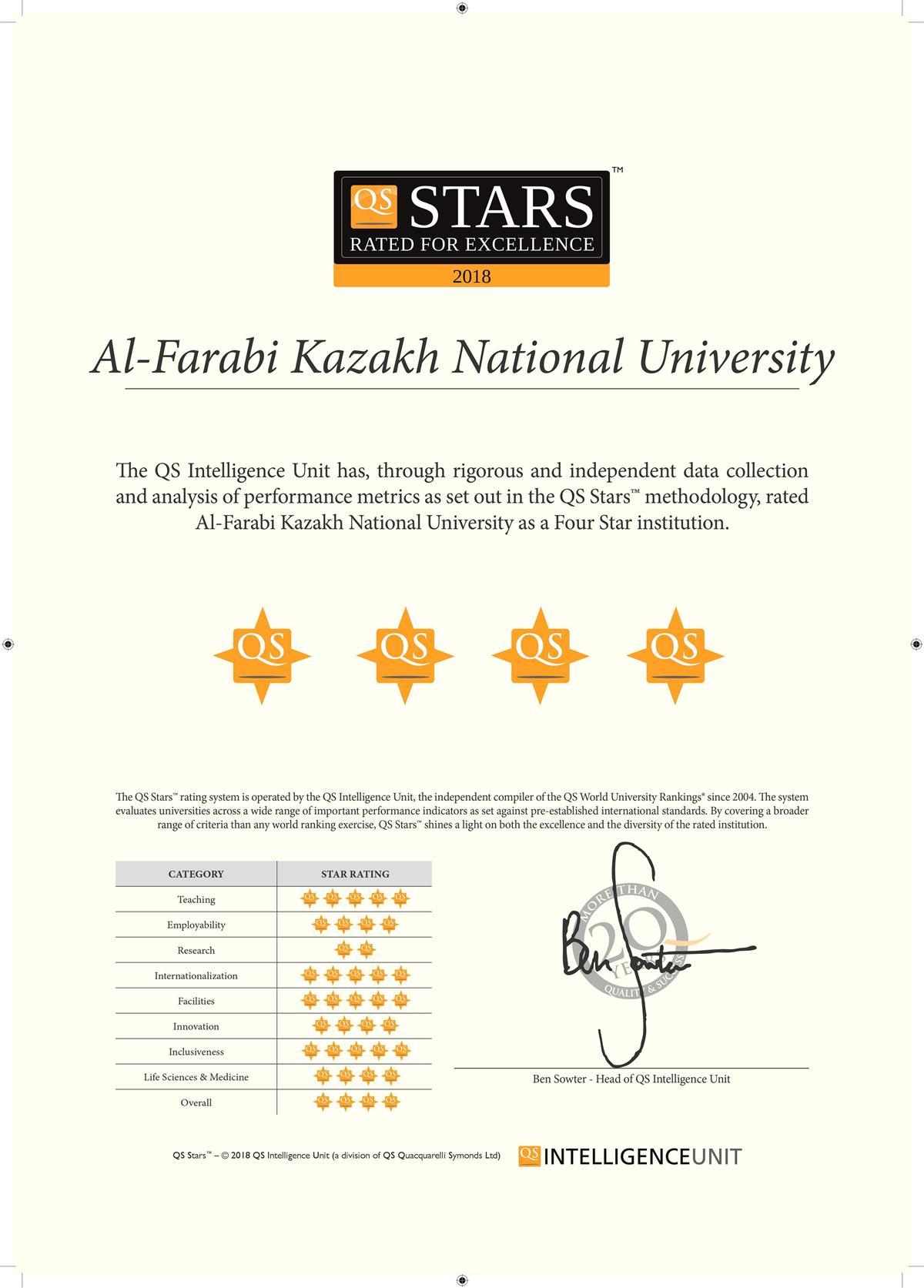 Based on the results of an independent assessment conducted by QS in 2018, KazNU became the first University in Kazakhstan and the only one in the Central Asian region that is awarded «Four Stars» of Excellence in «QS Stars Development Road map international rating».

Rating from 0 to 5 stars of QS is awarded to HEI’s based on the results of a comprehensive analysis of more than 50 indicators that reflect a wide range of activities of the University and its compliance with high international standards.

QS Excellence rating of «Four Stars» means that KazNU has a high international reputation and demonstrates leadership positions in the global scientific and educational space. The Stars of Excellence demonstrate the strengths of the HEI and help orient partners and students to choose University.

Thus, in a number of indicators, KazNU is awarded the maximum rating of «Five Stars»: educational services, internationalization, facilities and inclusiveness.

It should be noted that only five universities in the CIS countries have received Four Stars of QS –Al-Farabi KazNU and four Universities from Russia.