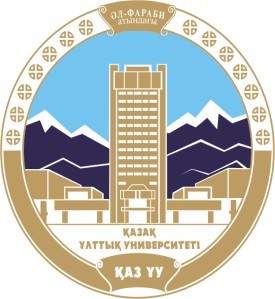 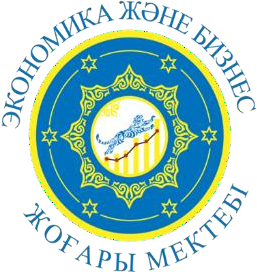 Despite the restrictions imposed in connection with the emergency declared in the country for the risk of a Coronovirus pandemic, on March 27, 2020, at the Kazakh National University.Al-Farabi under the leadership of the Department of Business technology held an online conference among University students in the specialty "5B051100-Marketing" on the topic: "Strong regions – a strong state: the view of a marketer". 7 teams from 6 universities of 4 regions of Kazakhstan took part in the Olympiad.

Teachers of the Department and employers, General Director of "UP Consulting" LLP A. Serikbekuly, General Director of "NPC ID-GROUP" LLP G.A. Shakirova took part in the competition jury. All participants of the Olympiad were awarded certificates, and the winners received diplomas and gifts.

The Department of "Business technologies" of the Higher school of Economics and business of the al-Farabi Kazakh national University reports aboutconduction XII Republican student subject Olympiad in the specialty " 5B051100-Marketing»on the topic: "STRONG REGIONS – a STRONG COUNTRY: a VIEWThe MARKETER!»

In the XII Republican student subject Olympiad (hereinafter referred to as the Olympiad), held on the basis of al-Farabi KazNU, students of only 2-3 courses of full – time bachelor's degree in the specialty "5B051100-Marketing"can take part.

Criteria for selecting participants for the second (final) stage of the Republican student subject Olympiad:

1. Winners of the Republican student Olympiads 2017-2019 are not allowed to participate;

2. Mandatory compliance of participating students with their declared specialty;

3. The University represents no more than 2 (two) teams (in Russian and Kazakh), each of which consists of 3 (three) people;

4. According to the results of the first (intra-University) stage of the Olympiad, participants should send an email to the organizing Committee olimpiada0320@gmail.com no later than March 12, 2020, the following documents:- a scanned application (see APPENDIX 1) for participation (from each team member), a letter signed by the rector (Vice-rector) and the minutes of the Commission on the results of the first stage of the Olympiad;- a project on a topic that meets the conditions for completing the task strictly on demand (see APPENDIX 2, APPENDIX 3).

The team may be refused to accept the competition application and, accordingly, toparticipation in the second stage of the Olympiad in the following cases:

• non-compliance of the application with the requirements of the Olympiad (see APPENDIX 2);

* incomplete or unreliable submission of required documents;* inconsistencies of participants in the declared specialty (see APPENDIX 1).

Participants who meet the selection criteria are invited to the second (final) stage of the Olympiad. The second stage-the final, on approved tasks:

2nd task-presentation of a social project (no more than 8 minutes) and a video on the topic: "Creating a brand in the region using innovative marketing technologies". You must submit a full-scale and abbreviated version of the video (no more than 1 minute, no more than 10 seconds, respectively, in MP4, AVI, MOV format), (maximum 40 points, see APPENDIX 2);

3rd task-presentation of the case study analysis (the time limit is no more than 3 minutes, maximum 30 points).When summing up the results of the final stage, the jury takes into account and summarizes all the points won by the team during each task.The winner is the team of the University whose total points is the highest among other teams.

The winners who took the first, second and third places are awarded with diplomas signed by the Vice-rector for scientific and innovative activities of al-Farabi KazNU and sealed with an official seal:

• For the third place – Diploma of the III degree (no more than 3 teams).

Diplomas are awarded at the end of the Olympiad.

The result of the Olympiad is sent to the MES of Kazakhstan.All participants of the Republican student subject Olympiad will receive certificates for participation.
Participation in the Olympiad (travel, daily allowance, accommodation) is funded by the sending party.

All organizational expenses (preparation of tasks, diplomas, certificates, purchase of paper, stationery, etc.) are financed by the al-Farabi Treasury.To register participants of the competition, you must have an ID card, a student ID card and / or a credit card. The team must be accompanied by a Manager.

Teaching staff of the department

Awards and achievements of Department

ACTIVITIES OF THE DEPARTMENT

Scientific projects and research of the department