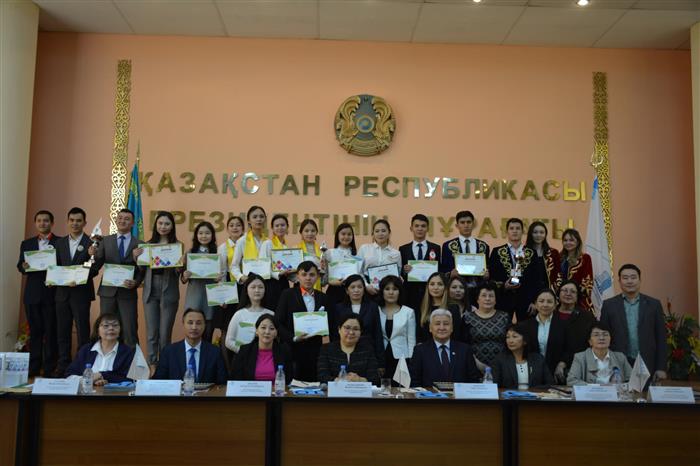 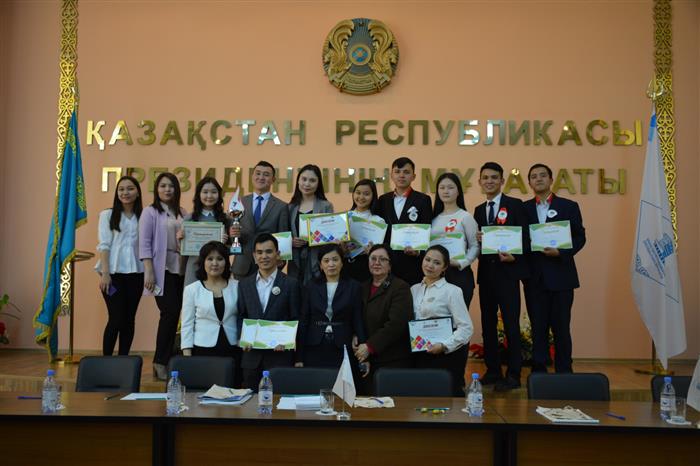 In April 12, 2019 IV - the city student Olympiad in archival science and documentation was held in the Archive of the President of the Republic of Kazakhstan, organized in the framework of the Year of Youth and the program "Archive-2025".

The purpose of this event is to develop students' creative activity and attract them in the future to work as an archivist, attract students to research work, promote documents of the National Archival Fund of the Republic of Kazakhstan, increase the prestige of a documentary specialist and archivist professions, improve document management and archival business of Kazakhstan as a whole.

For the fourth year in a row, the Archive of the President of the RK together with the Al-Farabi Kazakh National University organizes an Olympiad for students of historical faculties specializing in archival business and documentation.

The Vice-Rector for Academic Affairs of the Kazakh National University, A.K. Khikmetov and the director of the Presidential Archive J. Y. Abdukadyrova participated in the opening of the Olympiad
The Olympiad consisted of two stages:

Stage I. Acquaintance of the team (name, emblem and motto of the team).

Stage II. Homework is a scientific project, the content of which is connected with the themes “The Seven Facets of the Great Steppe. Archive-2025" and "Digital Kazakhstan: archival business, informatization of archival business and documentation provision".
6 teams took part in the Olympiad: 4 teams from Al-Farabi Kazakh National University, regular participants of this event, and 2 teams from Abai Kazakh National Pedagogical University who participated in the Olympiad for the first time.
According to the results of the competition, the team from KazNU named after al-Farabi “Kazyna” took the first place, the teams from KazNPU named after Abay “Kazanat” and “Amanat” took the second and third places.

Special diplomas were also awarded in the following nominations: the “Smart Students” team was awarded for the best presentation, “Prometheus” team - for the relevance of the homework topic and for innovativeness in preparing the project for the “Asyl Mura” team; all three teams are students of Al-Farabi Kazakh National University.