World Radio Day and the 1150th anniversary of al-Farabi 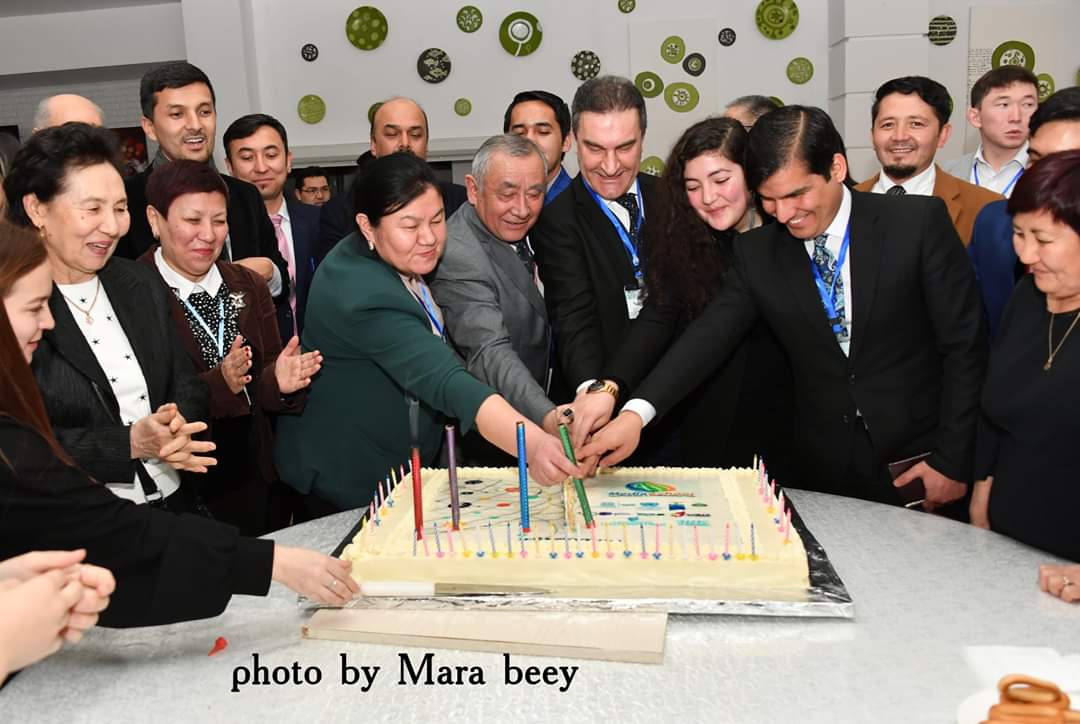 It was called "Radio is a platform for everyone: from generating ideas to innovation." Traditionally, the venue of the Winter School was the Tau-Turan complex, located in Ile Alatau State National Park near Almaty. The international forum was attended by journalists, media specialists, teachers, researchers, students, representatives of public organizations, heads of educational institutions of the republics of Central Asia, Kazakhstan, Uzbekistan, Kyrgyzstan, as well as foreign countries - Turkey, Afghanistan, etc. As lecturers and speakers were also reporters of national and international media, web editors and content editors of online media.

At the current Winter School of Journalists, three main areas of informational activity were highlighted: pluralism of opinions on the radio, a combination of state, private and community broadcast studios; encouragement of participation in radio editorial offices of various social groups of society, taking into account the balance of their representation; a variety of editorial materials and types of programs, reflecting the diversity of the audience. At the opening of the Winter School, in its plenary part, a specialist on communication and information was represented, representing the UNESCO Almaty Cluster Office in Kazakhstan, Kyrgyzstan, Tajikistan and Uzbekistan, Sergey Karpov, Dean of the Faculty of Journalism of KazNU named after al-Farabi Sagatbek Medeubek, Dean of the Faculty of Journalism of Kazha University Bayram from Turkey, Zakir Avshar, political observer for TOLOnews TV Abu Muslim Shirzad from Afghanistan, scientists from Kazakhstan, associate professor Gulnar Asanbaeva, professor of UMED from Uzbekistan Fatima Muminova from the report house-presentation “Structural changes and interactivity of Uzbek broadcasting” - http://uwed.uz/ru/news/ fulltext/1096?fbclid=IwAR1q3KaWOd7eNbfF _blYwYiby_FtzsxyaPBH1B6xL0UEnyE6-g-0oG3UFUA, associate professor from KNU named after J. Balasagyn of Kyrgyzstan Aita Sultanaliev, expert from Nazarbayev Petr Lapo University and others.

The three days of the forum were full of interesting, interactive presentations by journalists, radio hosts, online interviewers, media communicators, podcast participants, and other media professionals. The dialogue platform was accompanied by a connection to Internet services and communication with practicing radio journalists from abroad. Zarina Buenbaeva, Muhamadali Bukharbaev, Nazira Kaimova and others actively participated in this. The presentation of the book of the Afghan warrior Yerzhan Sultanbaev, who passed away in 2019, was also attended at the same event. The collection contains his journalistic works, articles, notes, information, essays. In memory of the warrior, a figurine was created with his profile, symbolically for courage in journalism, it was awarded to the best young journalists who distinguished themselves in their work, including student-designer from Karakalpakstan Z. Ketibaev.

In the evening hours of rest, cultural and sporting events, weightlifting, tug-of-war competitions, a poetry competition for muso-literary scholars, concert programs, and the performance of songs and music on folk instruments were organized. High school students of the republican boarding school for gifted children named after Abay pleased everyone with their excellent knowledge of Kazakh history, the performance of poems and poems dedicated to the bright personalities of national culture, science and literature. Al-Farabi, Abay, Alisher Navoi and Amir Temur, Chingiz Aitmatov and Tleubergen Jumamuratov - all these names have been mentioned more than once in the speeches of readers and lovers of poetry. The Winter School of Journalists in Tau-Turan ended with the presentation of diplomas, certificates and diplomas.

Department of Print and Electronic Media