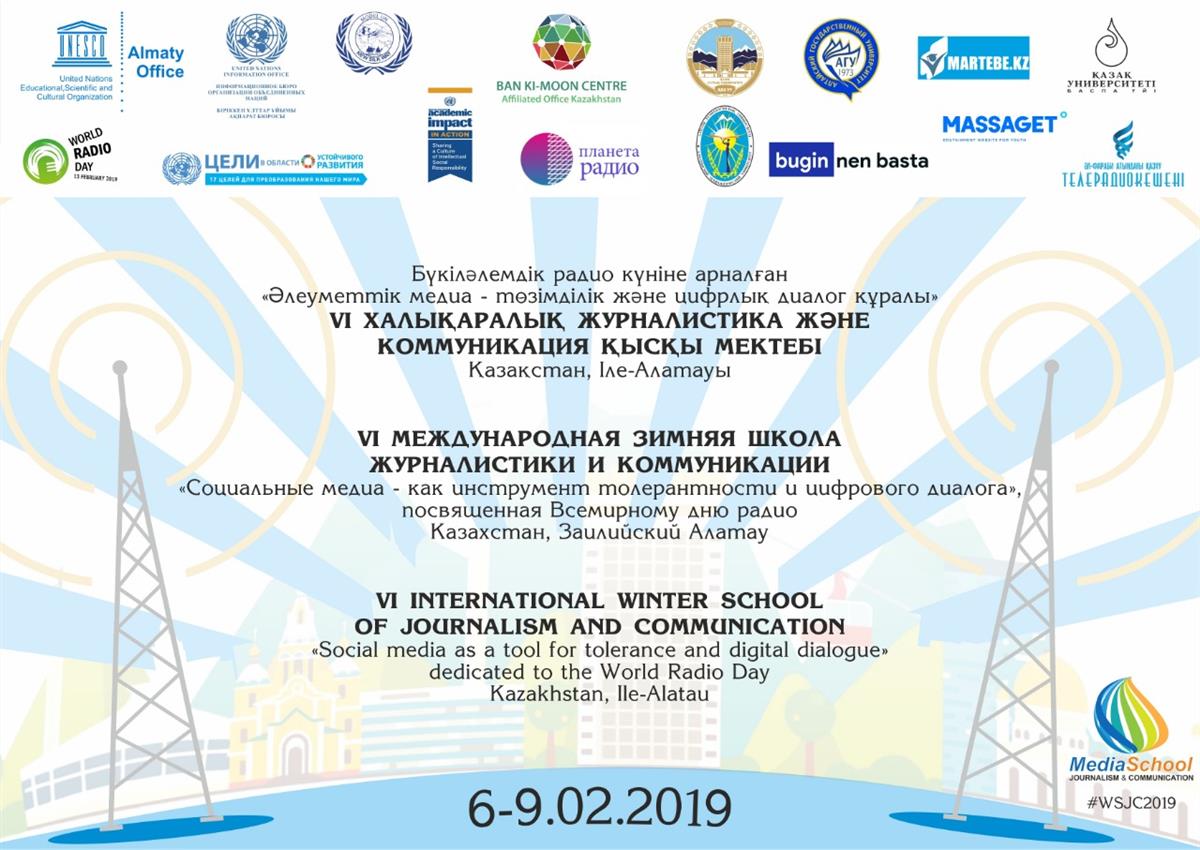 Since 2014, the Faculty of Journalism of the Al-Farabi Kazakh National University, with the support of the UNESCO Cluster Office of Almaty, has been holding the International Winter School of Journalism and Communication, which has become traditional and is dedicated to World Radio Day.

From the moment of its organization, the educational and recreational complex "Tau-Turan", located in the Ile-Alatau State National Park of the Almaty region, was chosen as the venue. Winter School is a media dialogue platform between students and practicing journalists.

This year Al-Farabi KazNU supports the theme of UNESCO: "Dialogue, tolerance and peace."

The participation of lecturers, journalists, scientists, teachers and students of France, New Zealand, Afghanistan, Russia, Kyrgyzstan, Uzbekistan, Karakalpakstan and Kazakhstan is expected to take part in the Winter School.

United Nations Department of Public Information in the Republic of Kazakhstan;