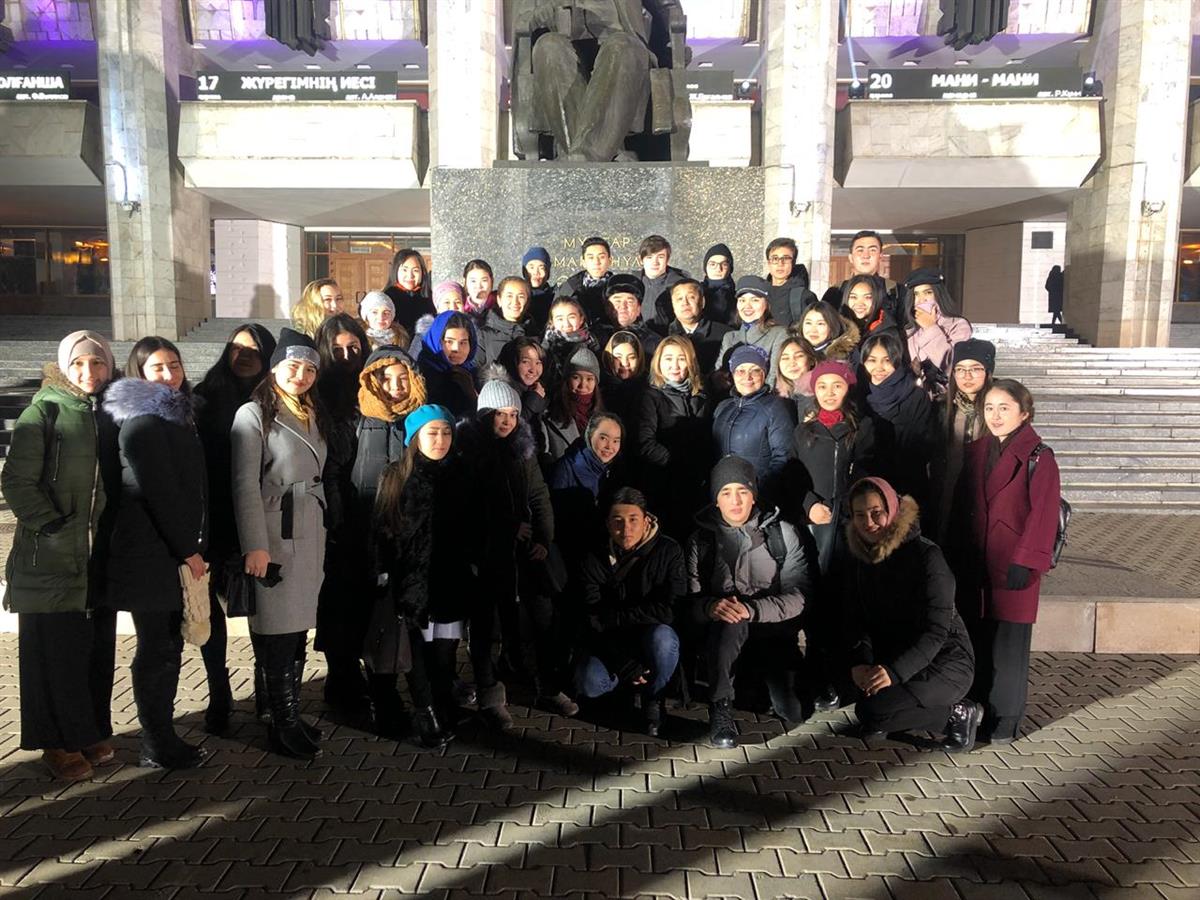 The theater is undoubtedly a cultural, moral ladder and a golden bridge for the current generation. Recently, the senior curator of the Faculty of Philology and World Languages Sh. Shortanbaev organized a special event for students of the 1st and 4th courses of the specialty of the Kazakh language and literature. Visiting the Kazakh State Drama Theater named Auezov, they became spectators of the psychophysical drama “Master of my heart”.The drama is a representation of rich storyline about young people and touches a problem of youth in society. Students were able deeply understand the main essence of the drama. And one thing was clear: the skill of the actors is the path to the hearts of millions of viewers and the key to developing the wisdom of the young generation.