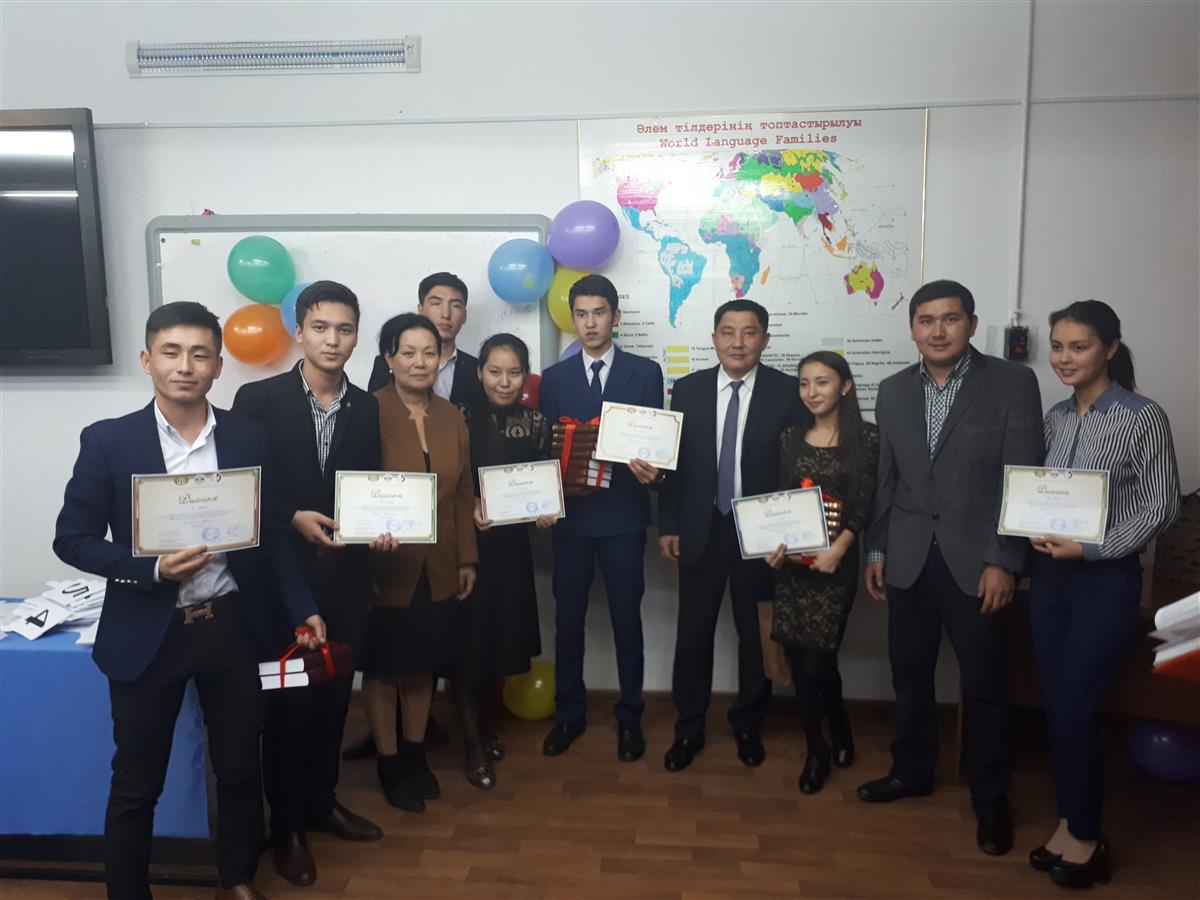 On November 15, 2017, a contest of poems "Zhas Kanat" was held among the first-year students of the Faculty of Philology and World Languages and the Faculty of Journalism of al-Farabi Kazakh National University. There is a good saying in the Kazakh language "If you see a spring - clean up its source," the members of the jury listened to the poems of young talented poets, expressed their opinions and gave their evaluation. The fact that there were more than 20 participants in this contest proves that interest in poetry is growing day by day. The chairman of the jury, the winner of the Daryn Prize, the poet Bekzhan Ashirbayev awarded diplomas to the winners and presented them books.