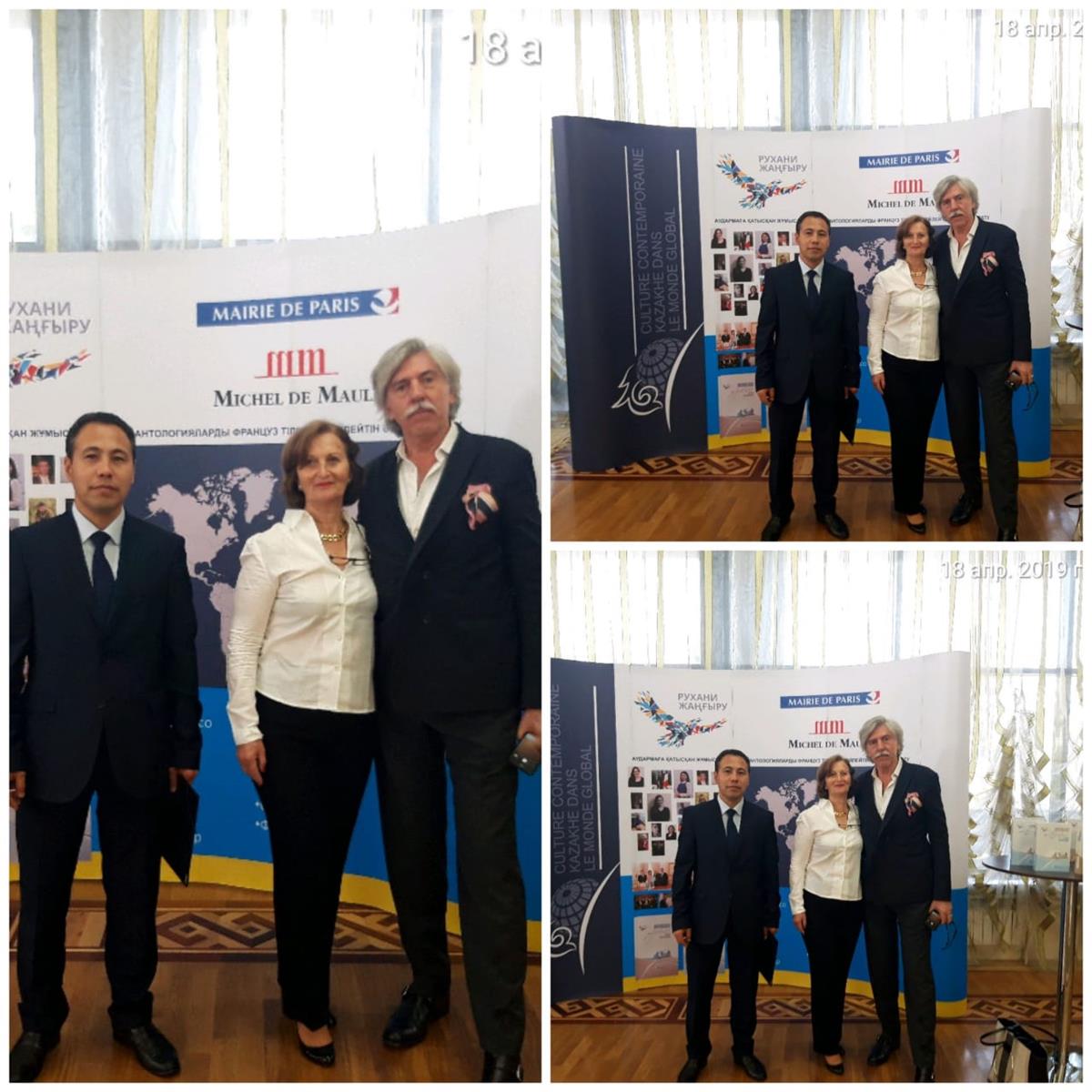 Translation – creates bridges between cultures. Not every specialist of foreign languages is capable of doing translations. The specialty of the translator requires not only knowledge and culture of the people, as well as spontaneity and oratory on the part of the translator. Man having such qualities, an example for many linguists, Ph. N., associate Professor, our modest colleague Aitkali Tayzhanovich. In his student years, he was different from others with knowledge of French on equal terms with his native language and passed scientific training in France and Switzerland, has international certificates. Over the years, he worked as a simultaneous interpreter at the French Embassy in Kazakhstan and the French-Kazakh company “Katko”. Author of numerous dictionaries. In the framework of the program “Spiritual modernization” he translated poems and works of Kazakh writers and poets. These works are included in the " Ontology of Kazakh writers and poets” and is currently distributed in French-speaking countries such as France, Switzerland, Canada, Belgium, Burkina Faso, Mali, etc. Famous literary critic of France Albert Fischler praised his way of translation.

We are very proud to have a professional working with us.

We wish you success and interesting translations!