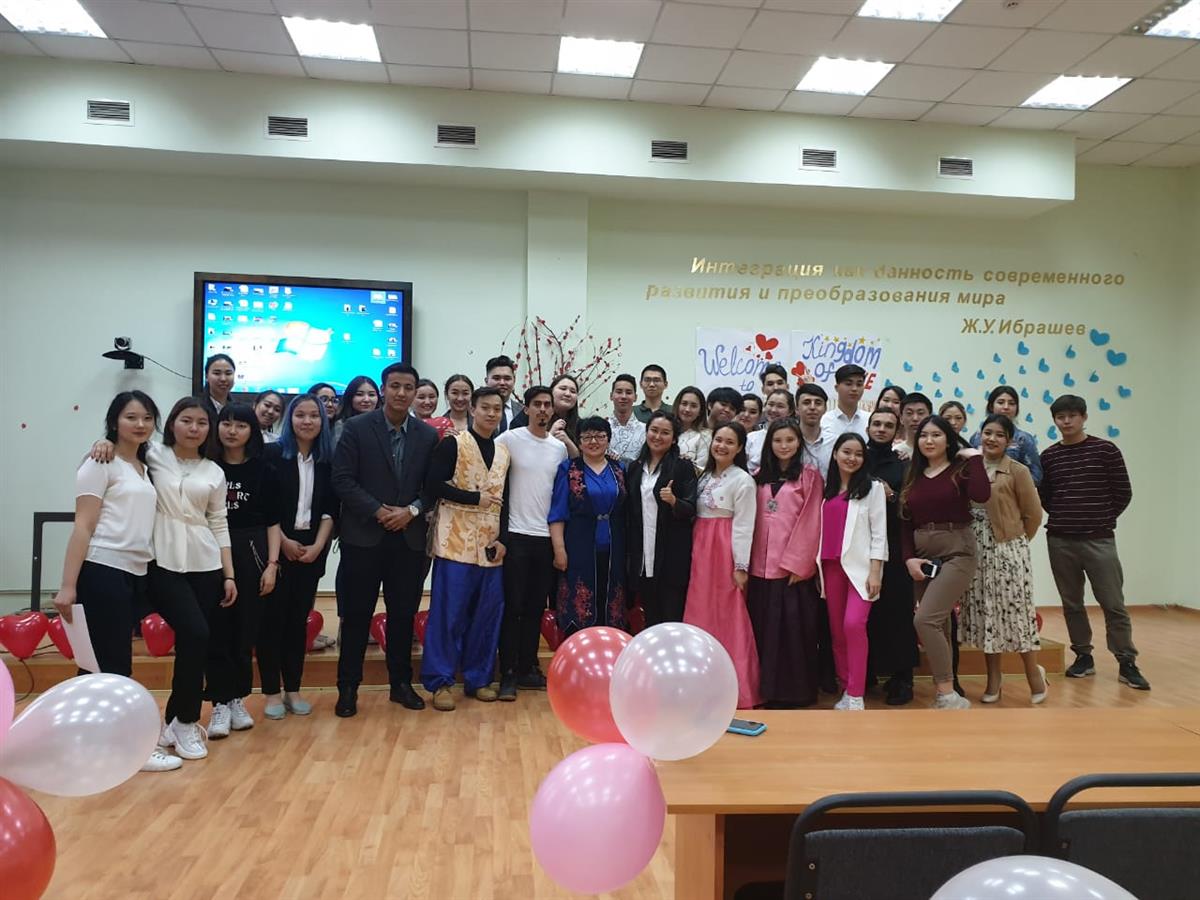 Оn 15th of April at the International Relations Department 1 year students of "International Relations" and "Foreign Philology" specialties conducted an event named «Gashyqtar kuni». This event was organized under the guidance of teachers of Diplomatic Translation Chair. They are Karipbayeva G.A., Makisheva M.K., Dairbekova A.M. and Ualikhanuly A. and it became a traditional one for the Department as it has been conducting every year for more than 10 years. This year students organized this holiday in an extraordinary way, namely, beginning from the poem of M. Makatayev "Mahabbat dialogy - The Dialogue of Love" and finishing with the flash mob. The mainstream of the program was a scene of love of Japanese-Korean origin "Sakura Blossom". There were also games with the audience on the knowledge of songs and films about love from different times, which added fun to the whole event.