"Egemen Kazakhstan" - the annals of the country 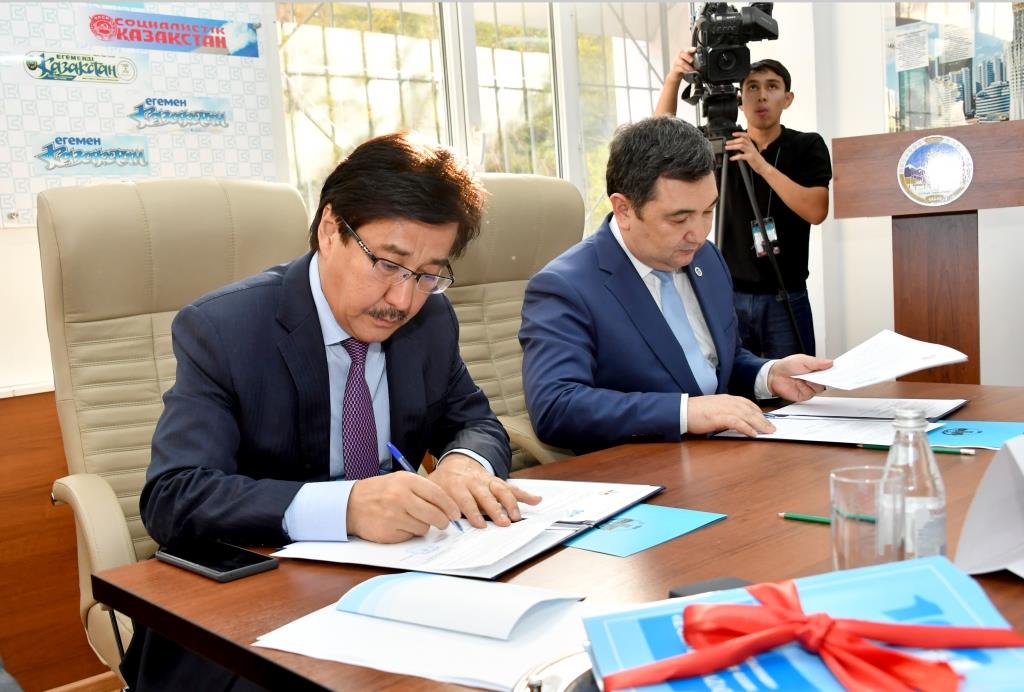 A round table “Egemen Qazaqstan - a hundred-year-old chronicle of the Kazakh”, dedicated to the 100th anniversary of the republican newspaper “Egemen Qazaqstan” and the 85th anniversary of the faculty of journalism was held at the Al-Farabi KazNU. Before the event began, a tour of the university campus was organized for the delegation of the Egemen Qazaqstan newspaper, which started with a visit to the Al-Farabi Science Library. The library, decorated in oriental style, has more than 2 million resources and is a platform for new technologies and communication solutions.

The campus tour continued at the Keremet Student Service Center. The complex, which provides more than 500 educational, medical, social, cultural and entertainment services, especially interested journalists. And then the guests' path ran through the apple orchard, which opens a science and technology park, after which guests headed to the water park “Aquaponics” - the most landscaped part of the campus.

To date, the country's main publication, uniting more than a hundred journalists and specialists, has begun to celebrate its 100th anniversary. And this historic anniversary was reflected in the print exhibition “Egemen Qazaqstan” - a chronicle of the people. ”

The true pearl of the event was the opening of the educational and creative laboratory "Egemen Qazaqstan" at the Faculty of Journalism, which was filled with books for reading and drawing. At the opening ceremony, the rector of the university, academician Mutanov Galimkair Mutanovich awarded the chairman of the board of the Republican newspaper Egemen Kazakhstan, Darkhan Kuandykuly Kydyrali with the medal "For Labor Distinction".

During the meeting, a memorandum of cooperation was signed between Al-Farabi Kazakh National University and the national newspaper Egemen Qazaqstan. On behalf of the newspaper’s editorial staff, the faculty of journalism was presented with a textbook that tells about the history of the publication, which dates back to the Iskra newspaper. As a sign of gratitude, Nazym Samet, a 4th year student of the Faculty of Journalism, presented the student work “Egemen Qazaqstan: the spiritual leader of the national press”.

At the end of the meeting, Chairman of the Board Darhan Kuandykuly held a master class for teachers and students during which he shared his practical experience and vision of the future direction of journalism development. Today's event was another important milestone in the history of the faculty and the university as a whole.