Tandem on air - a tandem in life 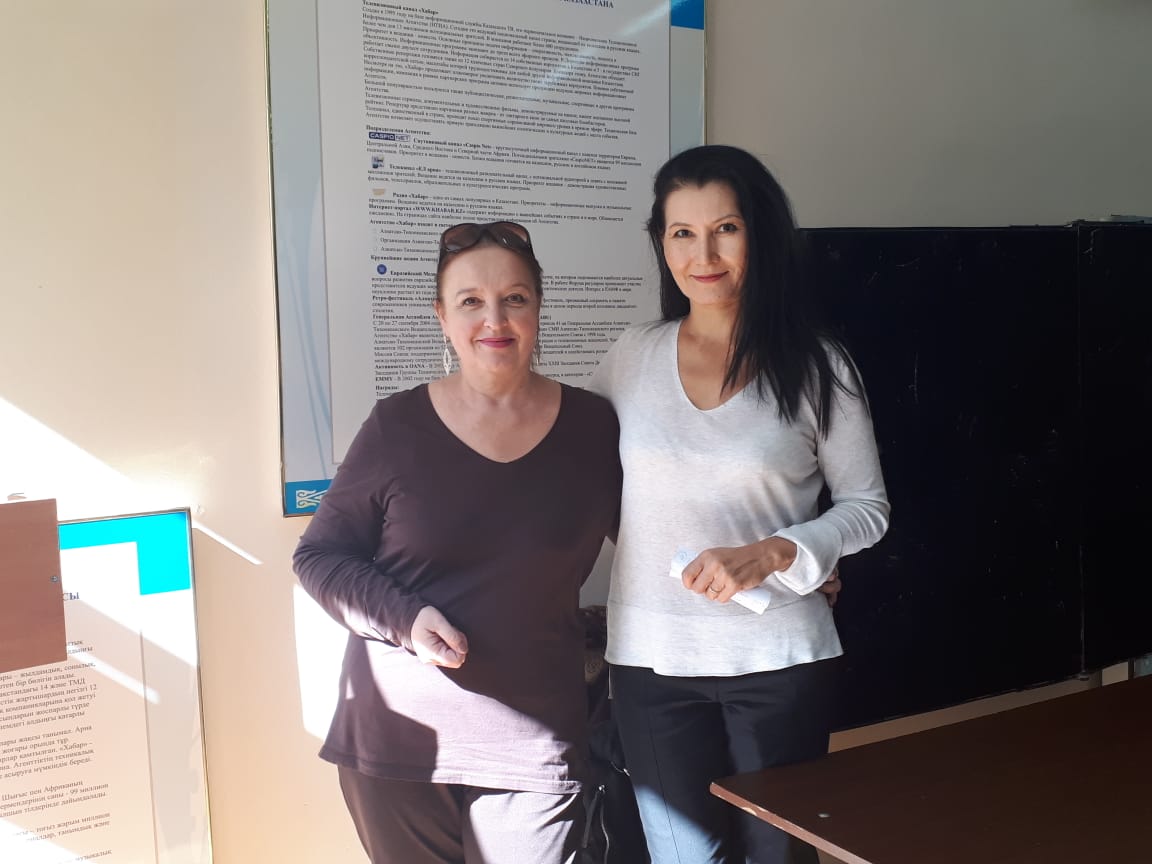 Editor-in-chief of Retro FM, PR-director of Kazakhstan Fashion Week, director of the Unity family festival, graduate of the journalism department of KazNU - Botagoz Aldongarova held a master class with students of the journalism faculty on the profession, journalistic ethics, and also on their busy student life in KazNU.

Botagoz called today's performance a motivational speech, because she remembers well the student years and the difficulties that young people face. The speech was divided into parts corresponding to the periods of her life. First, she talked about groupmates with whom Botagoz maintains relations, about the studies that she often recalls, warmly spoke about the teachers, and then told the audience about the first events that she had attended as a journalist.

She spoke about the beginning of her career on the Khabar channel and Totem radio station, as well as about leaving the TV sphere, Botagoz also touched on the topic of journalistic ethics, telling stories from her own practice, and Botagoz also spoke about the importance of choosing a specialization for each journalist: - What I am sure for is that you must be an expert in some field. And it is a must. Must have very deep knowledge in this area. Think: what do you know better than others. Your hobby should become a specialization, so that it also brings pleasure", - says the speaker.

People like Botagoz Aldongarova are an example for students who are just starting their professional path. It was nice to hear not only about the successes of a person, but also about the difficulties and mistakes that are not always talked about at such meetings. Botagoz is an open, honest journalist, very worried about what and how is being done in the field of media. Students of journalism heard stories from journalistic practice firsthand. Larisa Noda, senior lecturer Department of Printing and Electronic Media