a round table discussion, the topic of which was “550 years of Kazakh Khanate”.

On April 20, 2015 at 2 o’clock in the classroom 322 as a part of “Ainalandy nurlandyr” project second- year students of «Foreign philology» specialty and third-year students of "Foreign language: two foreign languages" specialty of the Department of General Linguistics and Foreign Philology, Faculty of Philology, Literary Studies and World Languages held a round table discussion, the topic of which was “550 years of Kazakh Khanate”.

Students recalled the chronology of reign of Kazakh khans, solved puzzles on key moments of Kazakh history together and watched the video, which described the process of formation and development of Kazakh Khanate in detail. Lecturers and students emphasized the importance of studying history, which plays an essential role in developing a sense of pride and patriotism, love for our homeland. 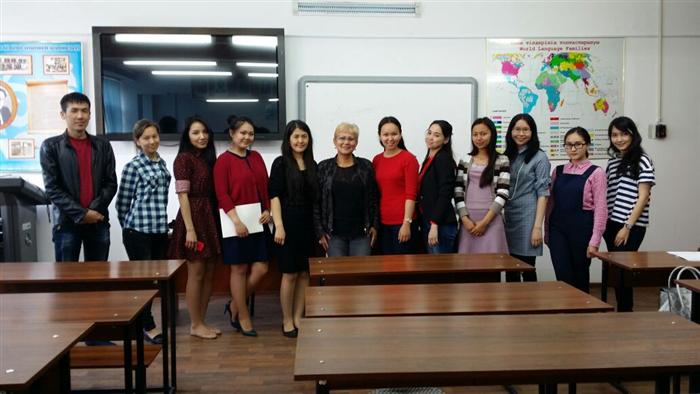