The international competition for journalists «Independence of Kazakhstan and Elbasy» is announced. 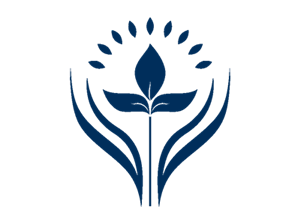 The Foundation and Library of the First President of the Republic of Kazakhstan – Elbasy announce the open international creative contest «Independence of Kazakhstan and Elbasy» among print, electronic and audiovisual media workers dedicated to a given topic.

The purpose of the Competition is to highlight the country’s achievements over the years of independence, popularize the «Nazarbayev model», the ideas and initiatives of Elbasy as the basis of Kazakhstan’s statehood, and identify promising new names in Kazakhstan and international journalistic communities.

The competition is held in five categories:

3) «The best article in newspapers and magazines»;

The winners of the competition in each of the nominations are awarded a cash prize of 1 million tenge, and for second and third places – 500 thousand and 200 thousand tenge, respectively. In addition, all winners will be awarded diplomas and badges.

Individual and collective authors can participate in the сompetition only in one nomination.

Original materials officially published (first published, broadcast, posted on the Internet) from October 10, 2018 to October 10, 2019 are accepted for participation in the contest.

The results of the competition will be summed up by the commission, which included prominent journalists, prominent state and public figures of Kazakhstan.

The solemn ceremony of awarding the winners of the competition will be held on the eve of Independence Day.

Detailed information on the terms and conditions of the competition can be found on the websites: http://fpp.kz  and http://presidentlibrary.kz .

Scientific achievements of the university

Organizational structure of research work of students at the University