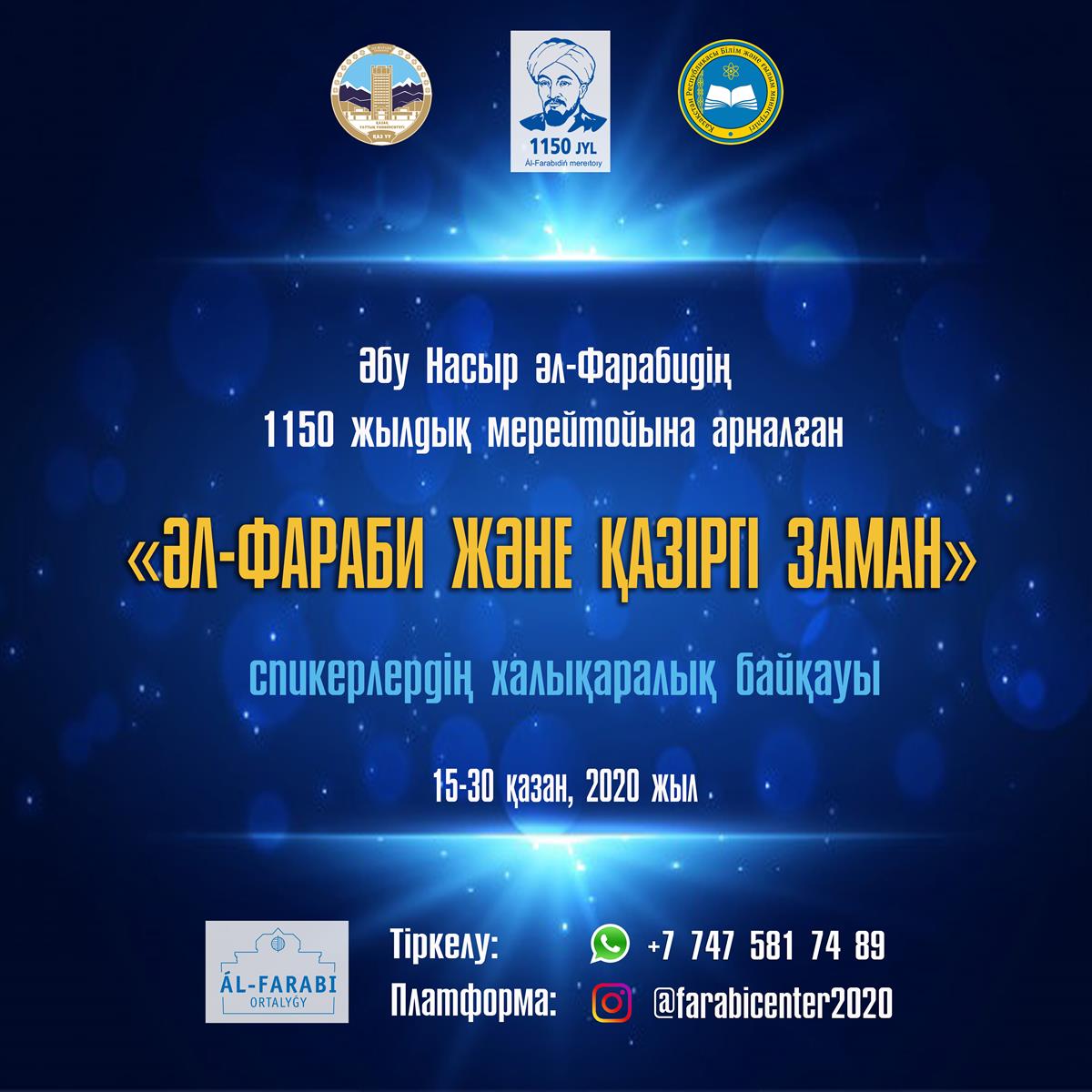 Purpose of the contest:

- creating conditions for the realization of the creative potential of Kazakhstan's youth and the formation of a culture of integrity based on the works of al-Farabi.

Aims of the contest:

- popularization and wide dissemination of al-Farabi's ideas among young people;

- development of philosophical culture and education of the young generation in the spirit of universal and humanistic values.

MAIN NOMINATIONS OF THE COMPETITION

Contest participants are invited to complete a special contest task in the form of a video clip for one of the proposed categories of the contest.

Requirements for completing the task:

1. Introduction with mandatory designation of the main thesis (point of view, idea, argument) of the speaker;

1.2. The contra argument and its refutation;

3. The final part of the speech with the speaker's conclusions.

Tasks must be completed by the participant personally and independently, without involving third parties and violating copyright laws;