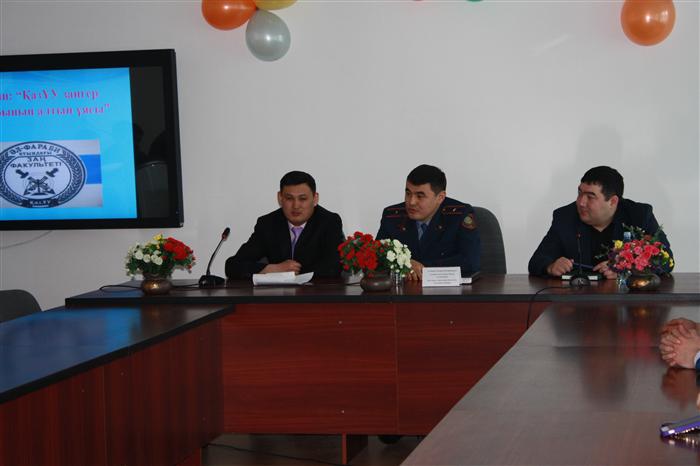 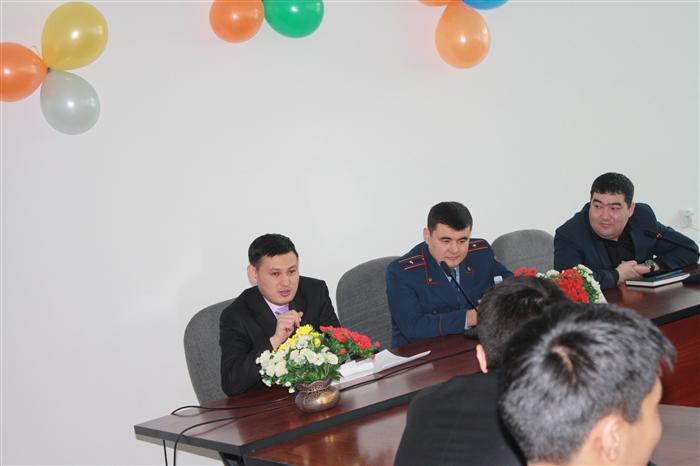 2. LEGAL STATUS SNK "Zanger"
2.1. Student scientific club "Zanger" is created on the basis of the decision of the Academic Council of the Faculty of Law.
2.2. Student scientific club "Zanger" is a part of the Department "Criminal Law, Criminal Procedure and Criminalistics" and head of the department submits.
3. The name, location and duration of the SNK "Sanger"
3.1. Full official name of SNK "Zanger": "Student Science Club" Zanger "."
3.2. The club is created for an unlimited duration.


4. OBJECTIVES SNK "Zanger"
4.1. The main purpose of SNK "Zanger" is the creation blago¬ pleasant conditions for the participation of students, undergraduates in the Faculty of Law of the research work, to develop students' skills of solving applied problems on the profile of their future profession.
4.2. Other objectives of the SNK "Zanger":

- Priority development of research as a basis for the creation of new knowledge, new technology development, establishment and development of scientific schools;
- The involvement of student research Club stu¬dentov gifted and highly qualified scientific personnel;
4.3.To achieve these goals SNK "Zanger" sets itself
the following tasks:
- Promotion and popularization of scientific activity among students;
- Promoting the usefulness of legal research in various professional roles
areas;
- The organization of student and obschevuzovskih scientific conferences, seminars, round tables, etc .;
- Collection, accumulation, systematization of information scientific and practical ha¬raktera;
- - Preparing students for postgraduate study and use the knowledge gained in their future research activities.


7. MEMBERSHIP SNK "Sanger" RIGHTS AND OBLIGATIONS OF MEMBERS
7.1. A member of the Student Scientific Club "Zanger" may be law students all forms of education
7.2. Accepted as a member of SNK Zanger "on a voluntary os¬novaniyah on the recommendation of the head of the scientific club, teacher of" Criminal Law, Criminal Procedure and Criminalistics "Kazakh National University Al-Farabi.
7.3. Participants SNK "Zanger" enjoy all the rights specified in this position.
7.4. Participants SNK "Zanger" perform all the duties of members provided for in this situation.
7.5. Member of SNK "Zanger" has the right to participate in the work of other students' scientific sections and clubs.
7.6 Member SNK "Zanger" has the right to initiate and terminate its participation
in the scientific club on their own at any time.
7.7. Members of SNK "Zanger" obliged to take part in activities in the work plan op¬redelёnnyh scientific student club.
7.8. Encouraged the participation of individual members SNK "Zanger" in the activities specified in the plan of the club, is determined by the scientific leader of the club.
7.9. Head of People's Commissars "Zanger" has the right to a member of the club
certain work; rejection of their execution can take place only in
a very good reason, vindicated written statements of members
club.
7.11. Exclusion from SNK "Zanger" decides by a majority of the club members.

8. PERFORMANCE BASICS
8.1. The basic activities of SNK "Zanger" are nauch¬nye direction of the Department "Criminal Law, Criminal Procedure and Criminalistics"
8.2. Activity of student scientific club "Zanger" is aimed at:
• satisfaction of intellectual inquiries and spiritual needs of students in the field of legal research;
• professional development;
• the organization of joint scientific - research activities with experts at various levels in the field of legal research;