On April 11, 2014 within the framework of events dedicated to the 80th anniversary of al-Farabi Kazakh National University there was a traditional Republican scientific - methodical seminar "Foreign languages: theory and practice of foreign language teaching" for school teachers and university professors. It was organized by the Department of General Linguistics and Foreign Phylology ​​under the guidance of the head of the department Professor Madieva G.B. 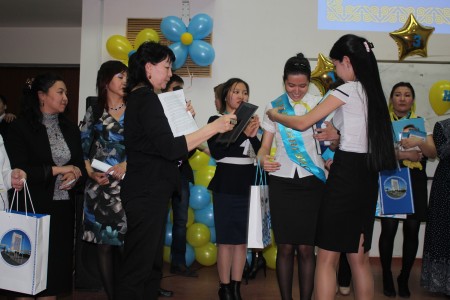