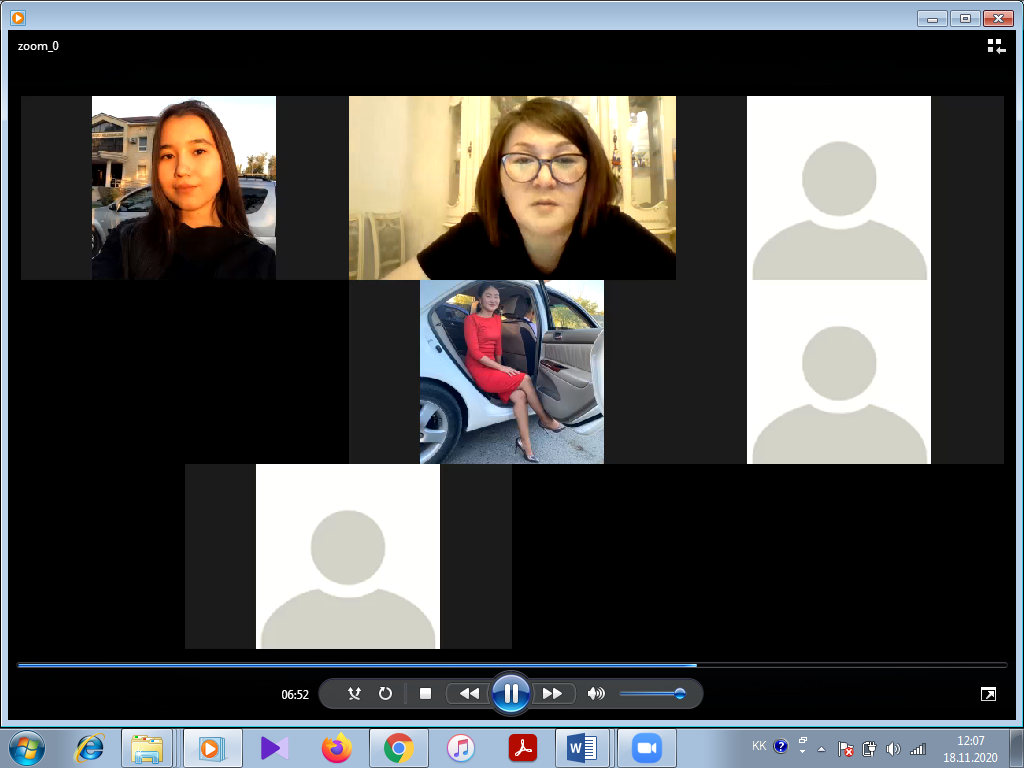 The next meeting of the "Muratanu" circle was held 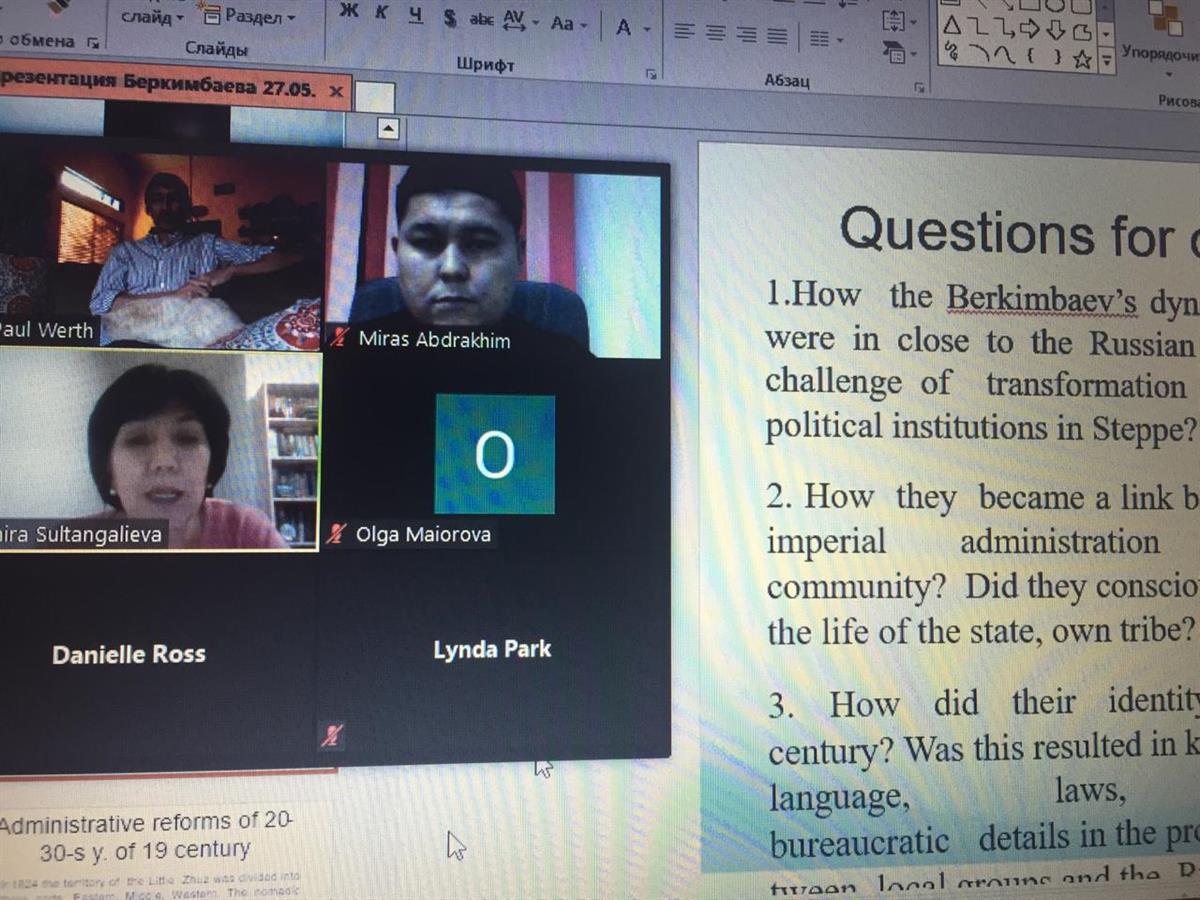 The annual conference of the Association of Slavic, Eastern European and Eurasian studies (ASEEES) was held online for the first time this year

"Abay and the Islamic faith" event

"Abay and the Islamic faith" event

An educational event dedicated to the 175th anniversary of the great Kazakh thinker, poet, philosopher, Hakim Abai, dedicated to the discussion of the problem of faith according to the well-known words of the edification of the thinker. transit time : 30.10.2020,  11:00. 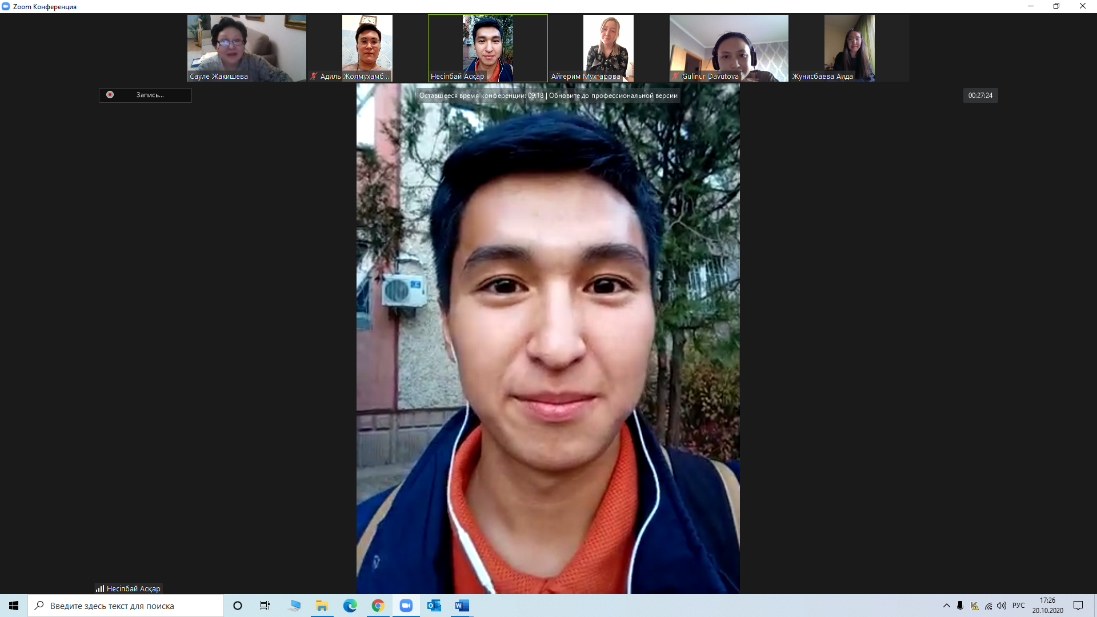 The Meeting of the Students’ science club (SSC) "Historical Computing" at the Department of World History, Historiography and Source Studies of the Faculty of History, Archeology and Ethnology of al-Farabi Kazakh National university 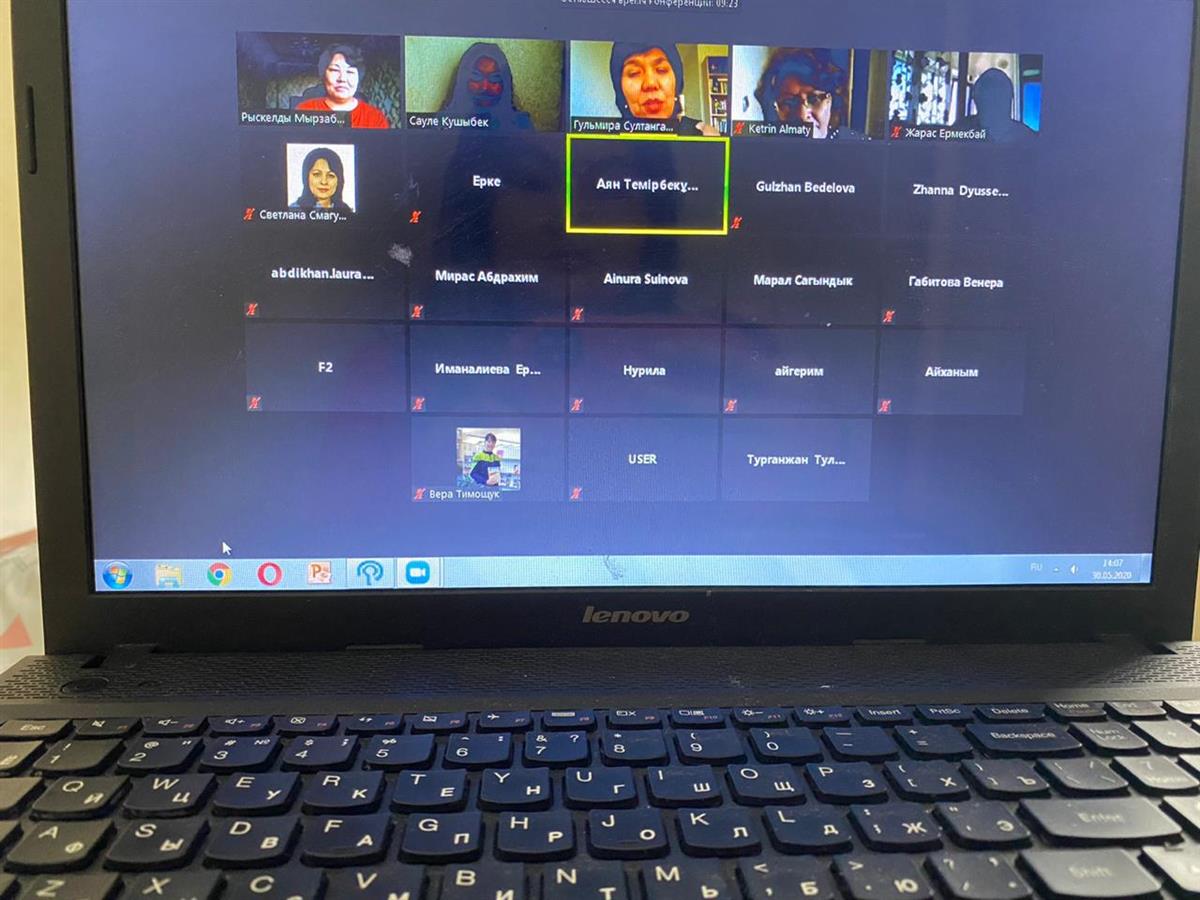 International webinar dedicated to the day of al-Farabi KazNU Graduate

On may 30, 2020 at 13.00, the Department of world history, historiography and source studies held an international webinar dedicated to the day of al-Farabi KazNU Graduate. The webinar was attended by graduates of KazNU of different years ( 1974, 1975, 1982, 1990, 1995, 2000, 2010, 2015), working in universities, research institutes, state institutions, archives of Astana, Almaty and regions of Kazakhstan, Ukraine, Kyrgyzstan. The purpose of the international webinar: to unite all graduates of KazNU, to form a concept of mentoring, to share the results of the Department and the University, to establish cooperation.

At the opening of the webinar, the rector of KazNU named after al-Farabi Galymkayyr Mutanuly Mutanov and the President of the Association of graduates of KazNU, doctor of law, Professor Kairat Abdirazakuly Mami made a welcoming speech.

Participants of the webinar supported the idea of mentoring, proposed by K. Mami.

Video greetings were made by graduates of al-Farabi Kazakh national University:

2. Chepurko G. I.-Head. Department, Institute of sociology of the Academy of Sciences of Ukraine, graduate of al-Farabi KazNU in 1982

6. Kazez Kairat-Head of the Department of physical culture and sports of the akimat of Mendykarinsky district of Kostanay region, graduate of al-Farabi KazNU 2010

During the webinar, ideas were exchanged on how to develop mentoring and collaboration in the future. 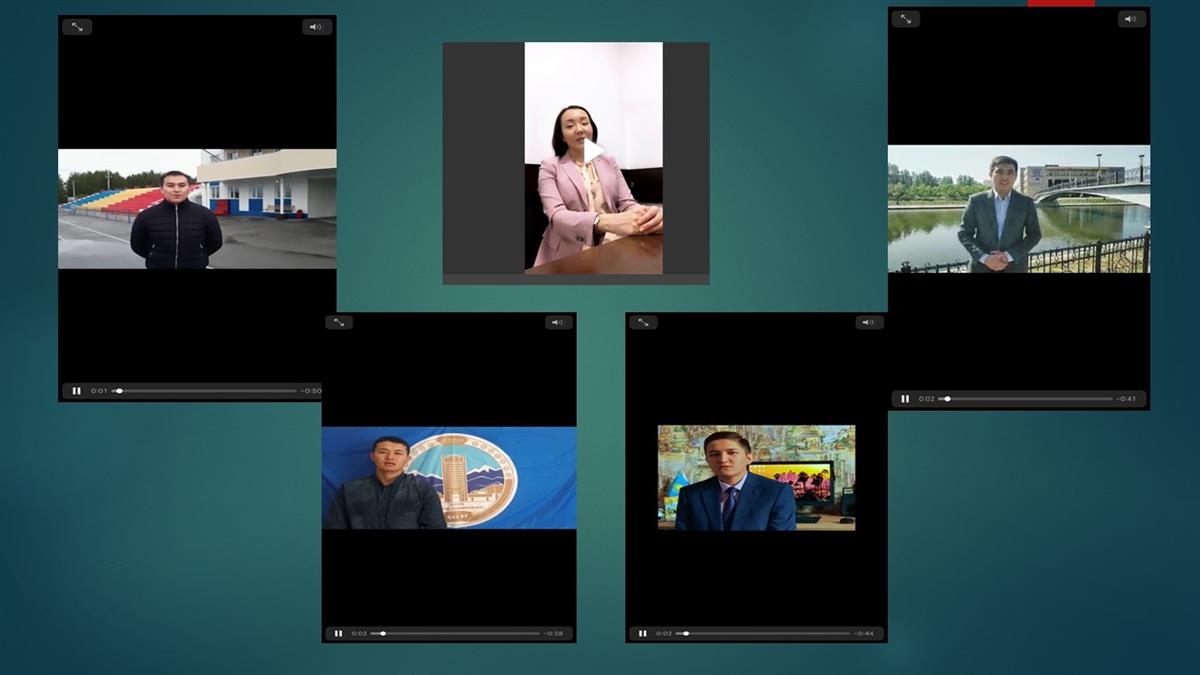 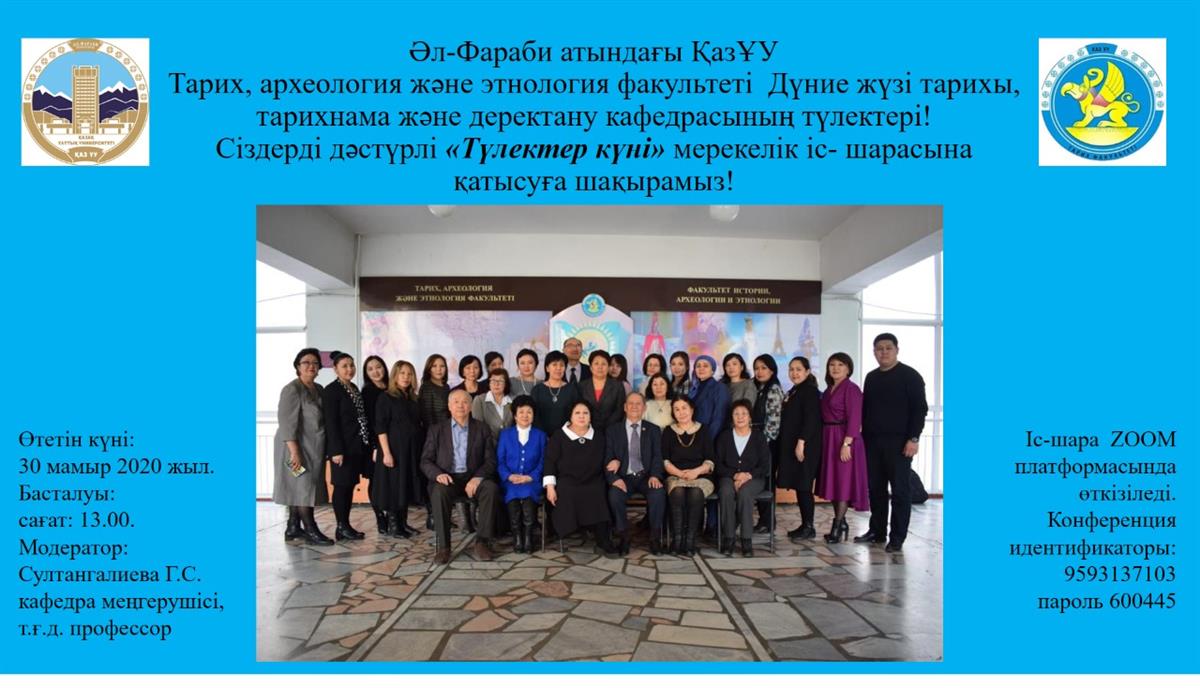 The next meeting of the Students’ science club (SSC) "Historical Computing"

Scientific adviser SSC, Doctor of History, prof. S.A. Zhakisheva held a lecture dedicated to the 75th anniversary of the great Victory, on the topic "The Nuremberg trial: a crime against humanity".

Awords of students of specialty "Librarianship"

“Day of Awareness” by the project DIREKT Erasmus +

Professor of KazNU K.T. Zhumagulov at the reception of K. Denс - Vice-Rector for International Relations of the University of Westphalia (Germany)

Professors of KazNU K.T. Zhumagulov and G.M. Mendikulova on the Presidium of the International Conference in Ulan-Bator