They did a special report on the history of the faculty, in particular the Department of Chinese Studies , the history of Chinese language teaching and training Sinologist . Journalists did ekskurtsiyu by faculty , videotaped, department, and lingofonnye videokabinety , met and talked with teachers and students .

Particular interest among Taiwanese journalists called the " Museum of the East" , which is created in the department. They were genuinely surprised that in a short time has been collected so many unique and interesting exhibits country east . Associate Professor of Sinology Dauletova Fatima, who has invested tremendous effort and is still actively engaged in this business , spoke about the idea and the process of creating the museum.

Journalists from Taiwan visited the Chinese language lesson Associate Professor of Sinology Dauletova Fatima did a special report on the process of training the Chinese language. 1st year undergraduates A.Nurdolla , Zh.Smagul , A.Temeshova , G.Abdiman , D.Zhunisova , G.Bodau , D.Altynbekkyzy , A.Inkarbekova were very active in the classroom and have shown that they can easily communicate in four languages . Reporter Formasa television channel Huang Chin And interviewed undergraduates . And they are in Kazakh, Russian , and Chinese Books English spoke about the process of learning and student life department.

And finally, Head of the Department of Chinese Studies Zaure Seydullaevna told the visitors from Taiwan University 's academic policies and recent developments in the life of the university. 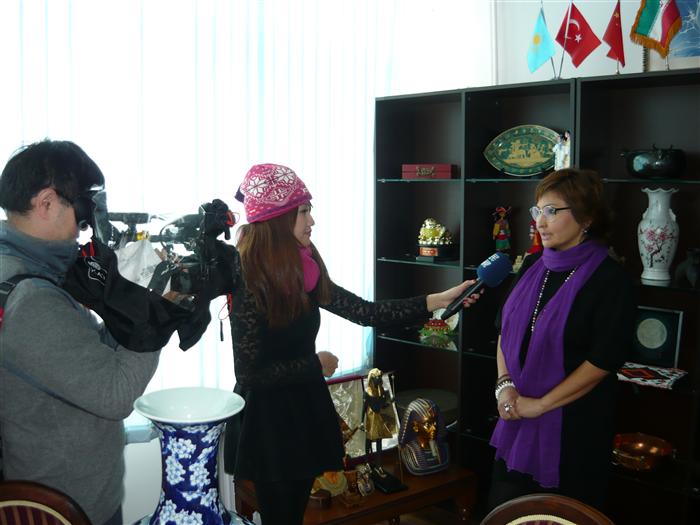 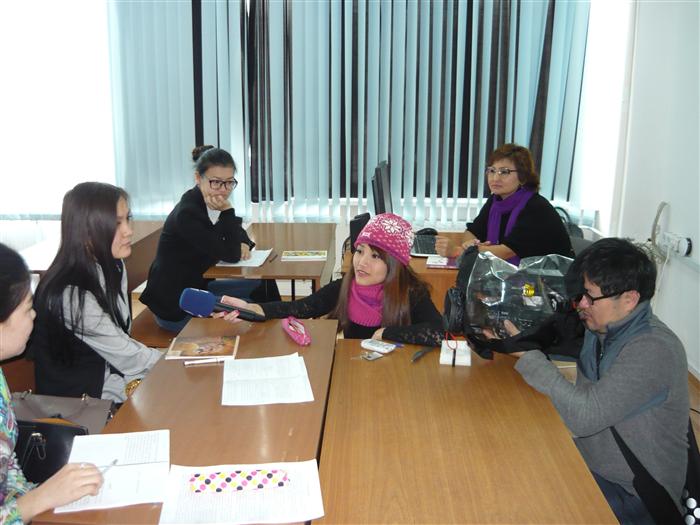