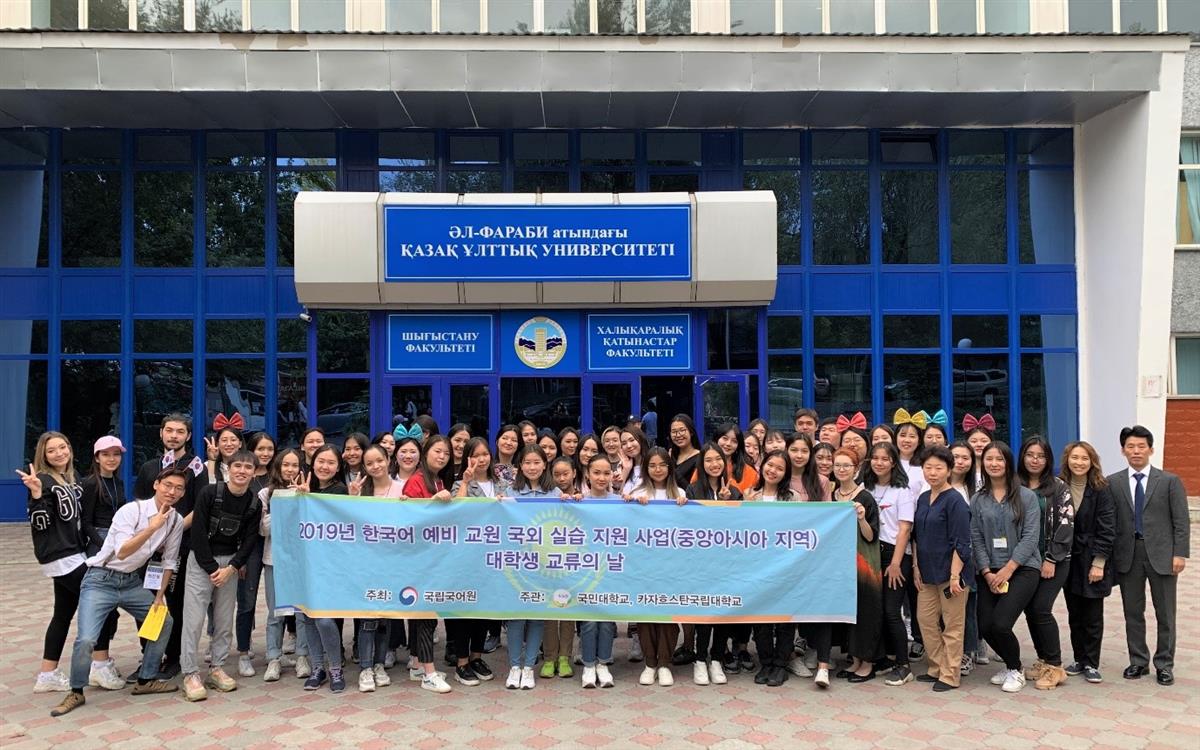 On 28 September 2019 years was held Festival of Korean National Games between students of Universities of the Republic of Korea and the Department of the Far East al-Farabi KazNU.

On September 28 Department of the Far East at Al-Farabi KazNU held a student meeting between the students of the Korean studies of Department of the Far East and students from Seoul National University and the University of Korea. Korean students demonstrated playing the traditional Korean games (yutnori, chegichagi, Sababangchigi, etc). By having fun during playing the games students were not only able to play the Korean games and immerse in Korean cultural identity but also make a conversation with their Korean peers. The event was organized by the National Institute for the Study of the Korean Language of the Republic of Korea under the program "Cultural Exchange between Students of Central Asian Universities".