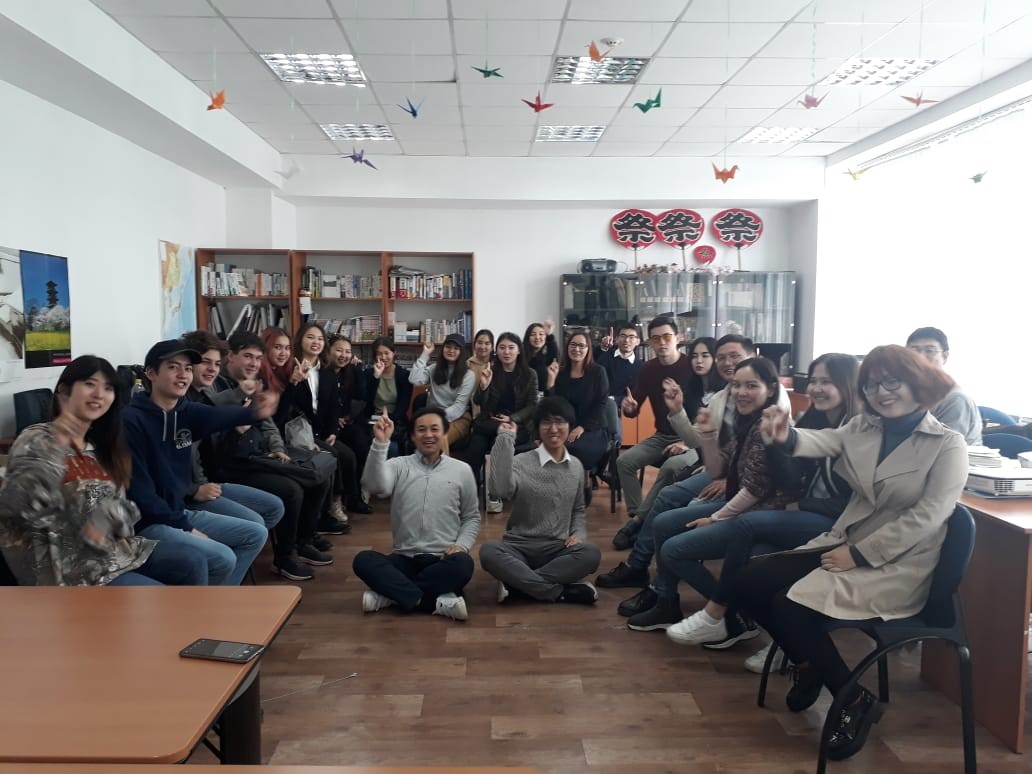 On the 2nd of May, a training led by Oikawa Koji was held at the Kazakh National University named after Al-Farabi at the Faculty of Oriental Studies, the Department of the Far East, the Japanese Studies Department.
Oikawa Kouji is a well-known Japanese language teacher who developed his language learning technique. He developed this technique through research in a number of Chinese universities and provided it for teaching students. Now his work is aimed at the countries of Central Asia, including Kyrgyzstan, Uzbekistan and Kazakhstan.
The purpose of this training is to provide students with information on how to properly convey their thoughts in Japanese. Particular attention was paid to intonation, as well as the structure of the speech. Due to such methods, the effectiveness of teaching Japanese is much higher. Both first-year students and masters’ course students actively participated in the training. Each participant received separate attention. In addition, Oikawa Koji's assistant, Mr. Ou, being a citizen of China, shared his own ways of learning Japanese and his personal experience.
During the training, a number of issues were covered, so students were free to discuss these topics. All participants of the training, including the teaching staff, expressed their gratitude to Oikawa Koji.