The 3rd “Sarbaz” Military Patriotic Game was held in Almaty on the Rector's Cup of KazNU named after al-Farabi! 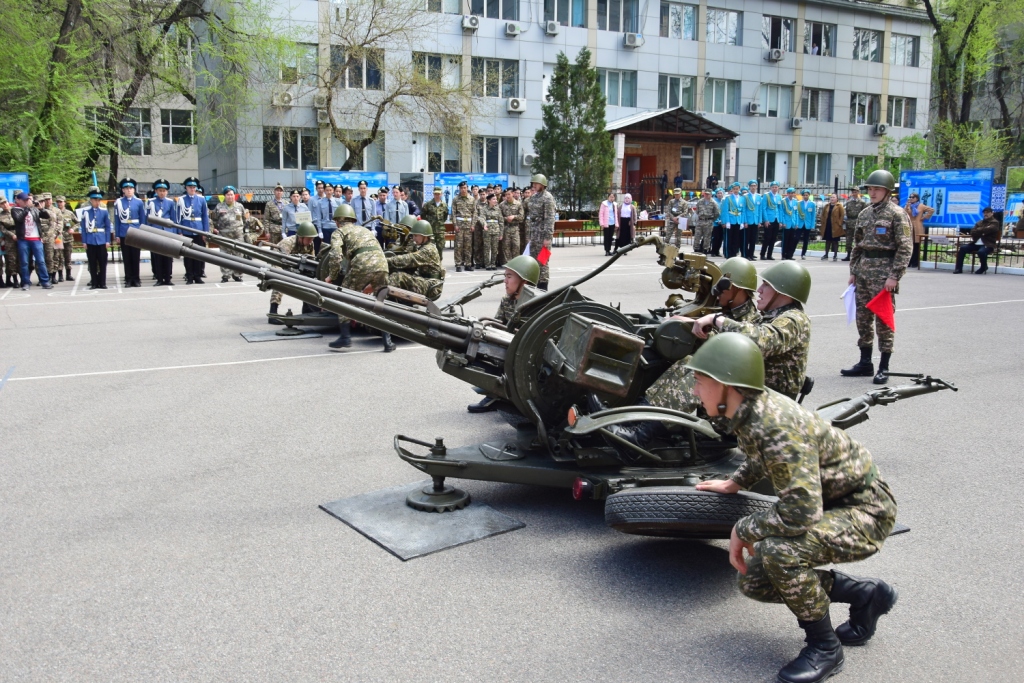 In accordance with the national program "Rukhani zhangyru" to foster Kazakhstani patriotism among students and schoolchildren, on the eve of the Day of Defender of the Fatherland and Great Victory Day, in order to increase the prestige of military service and the Armed Forces of the Al-Farabi Kazakh National University On April 12, 2019, the 3rd military-patriotic game "Sarbaz" for the Cup of the Rector of the Al-Farabi Kazakh National University was held.

To participate in the military-patriotic game, the best teams from high school students in Almaty, as well as the profile school of the Al-Farabi Kazakh National University and the Self-Knowledge gymnasium of the National Center "Bobek" were involved.

At the opening of the military-patriotic game, the head of the military department of the KazNU named after Al-Farabi, reserve colonel O.V. Azhimov stressed the importance of the military-patriotic education of school youth and that without love for their homeland, for their land, for their city, school, home, it is impossible to bring up a real citizen, a real defender of the Fatherland. Honored guests of the game: Chairman of the Almaty City Council of Veterans of the Armed Forces, retired Colonel MD Shampiyev, Editor-in-Chief of the Republican military-patriotic newspaper “Sarbaz” Batyrkhan Kuatbek and member of the Assembly of People of Kazakhstan Colonel Retired Mamsurov K.V. noted the activity and interest of schoolchildren in the study of military affairs, gave vivid examples from the history of the heroism of our ancestors in the defense of the Fatherland.

In the course of the militarized relay, schoolchildren competed in air rifle shooting, assembling a Kalashnikov assault rifle, fulfilling standards in protection equipment, military medical training and an intellectual competition in the history of Kazakhstan.

A creative contest was held brightly and festively in which boys and girls performed songs of the war years, individual schools presented entire literary and musical compositions about the Great Patriotic War.

The game ended with demonstration performances of students of the military department and the treat of all participants and guests of the event with soldier porridge.

Press Center of the Military Department of the al-Farabi Kazakh National University. 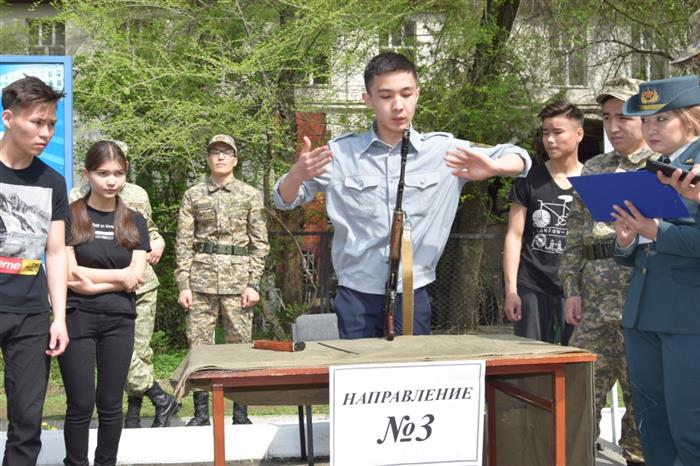 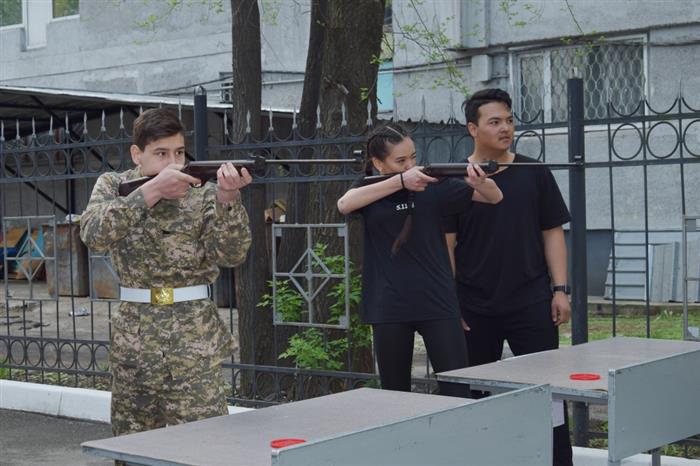 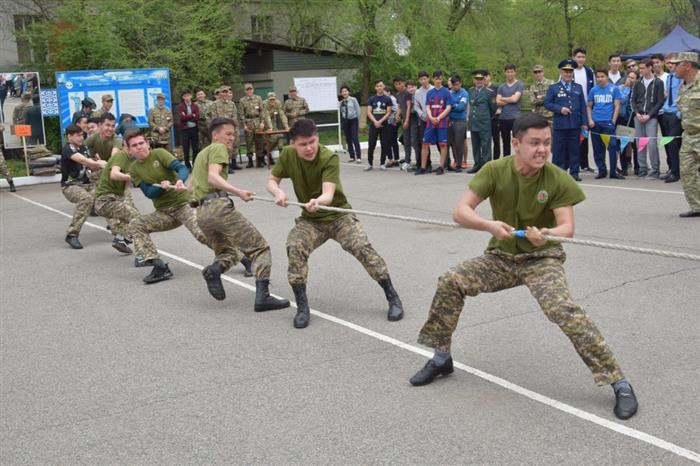 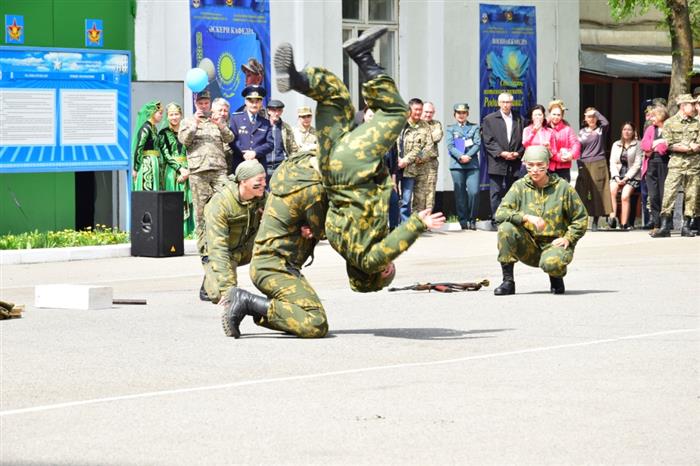 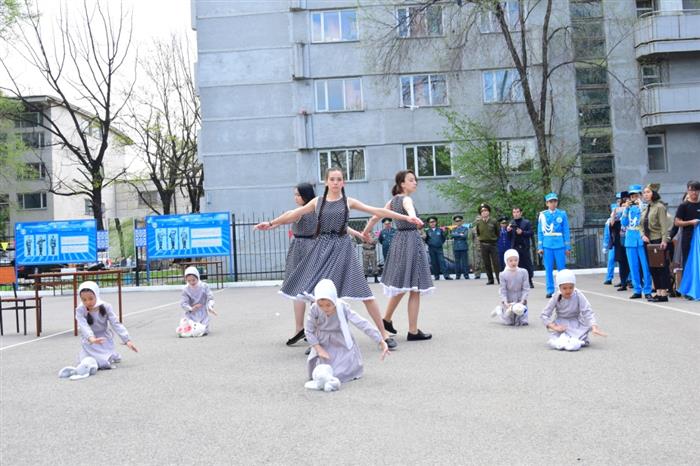 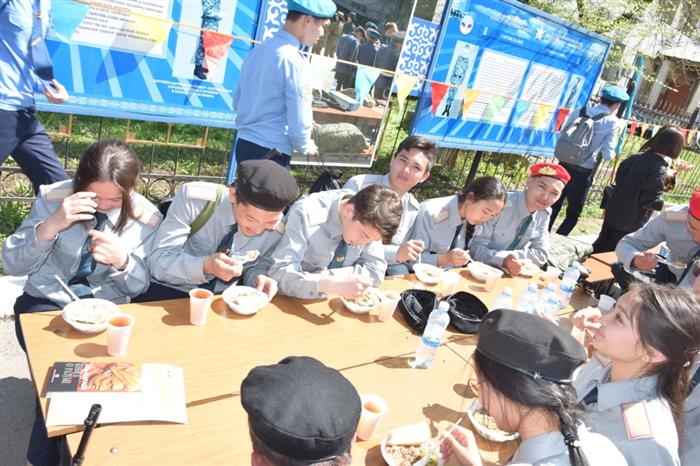 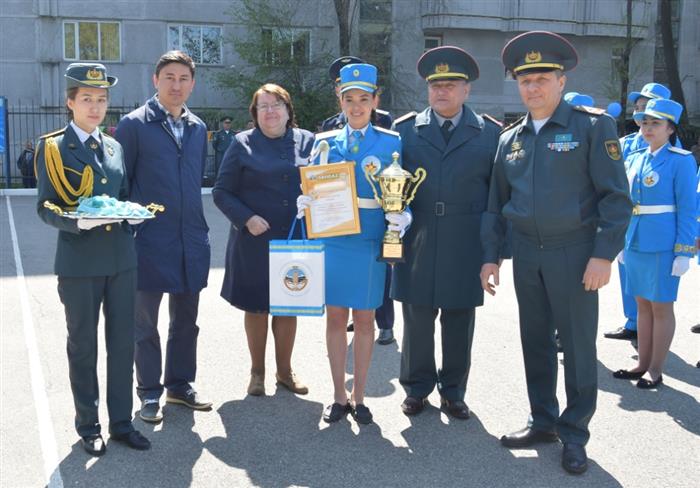