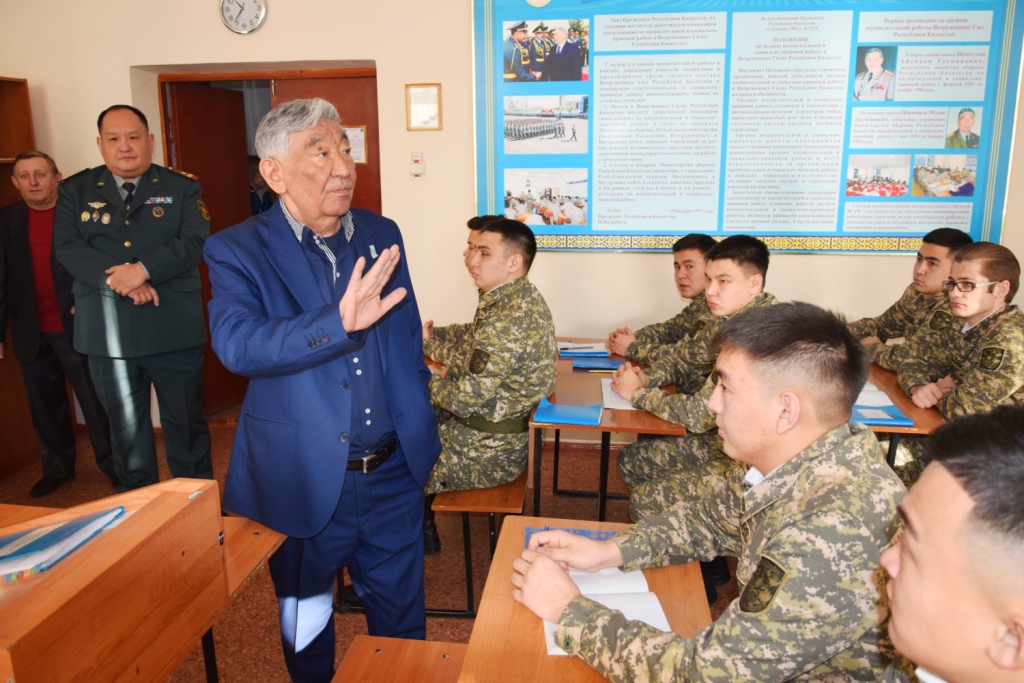 January 18, 2019 at the military Department of the Kazakh national University named after al-Farabi held a solemn event to mark the day of creation of the Institute of deputy commanders for educational and socio-legal work of the Armed Forces of the Republic of Kazakhstan.

Chief librarian-manager of library KazNU named after al-Farabi Manapbaeva Zhuldyz  organized an exhibition of literature dedicated to the 85th anniversary of the University.

In a solemn atmosphere the head of the military Department of Al-Farabi Kazakh national University colonel of the reserve Azhimov O. V. spoke to  the veterans of the Armed Forces, staff and students of the military Department and noted the importance of educational and ideological work, the invaluable role of experience of veterans in the education of Kazakh youth. Colonel Azhimov O. V. conveyed greetings from the Chairman of the Republican Council of veterans of the Armed Forces general of the army Altynbayev Mukhtar Kapashevich to all participants of the event.

In his speech, retired colonel Melis Shampiev told about the history of the creation and formation of educational structures of our army, noted the great contribution of officers - teachers of the military Department of KazNU in the education and training of future defenders of the Motherland! 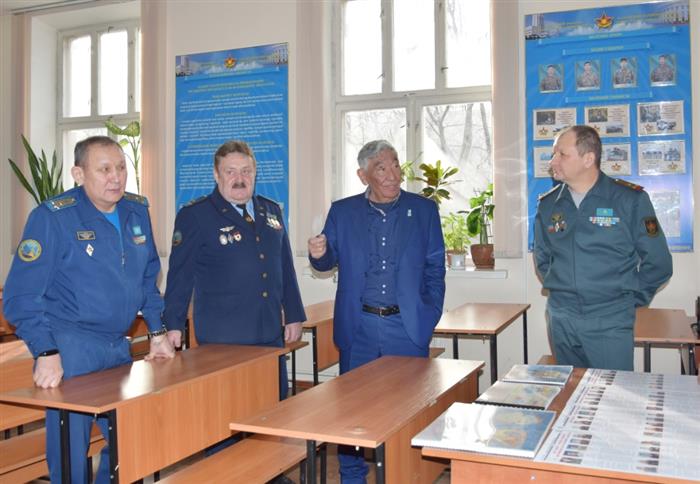 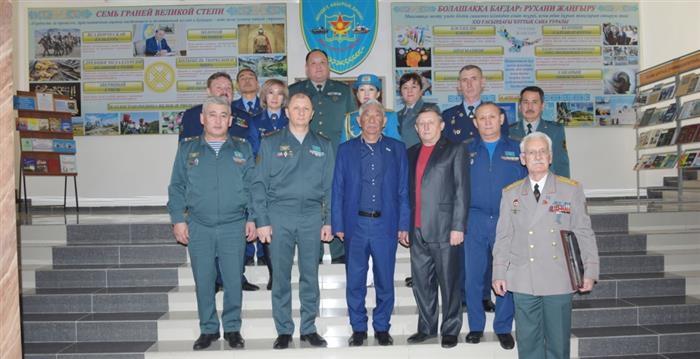